A study has revealed that spectacles improved workers productivity by 21.7%

A study on workers in India’s crop industry has revealed that wearing glasses greatly improved the workers productivity and quality of life.

The Productivity Study of Presbyopia Elimination in Rural-dwellers (PROSPER) trial, published in Lancet Global Health found that after tea workers were provided with glasses their productivity increased by 21.7 per cent – and for those aged over 50 the increase was 31.6 per cent.

The research was sponsored by eye health charity, Clearly and was carried out in collaboration with the charity Orbis and social enterprise VisionSpring.

The trial, which involved 750 mainly female workers on plantations in Assam, showed that the daily weight of tea picked by those given glasses increased by over five kilos, which translated directly into increased income for the tea-pickers and their families.

The authors said that the findings represent the largest ever recorded productivity increase from any health intervention and if the improvement was replicated across India’s crop industry it would mean an extra $19 billion in growth from productivity gains alone.

“With 2.5 billion worldwide suffering from poor vision and no access to glasses, the research demonstrates the crucial role of glasses in achieving the Sustainable Development Goals,” the authors explained.

The findings could add to the growing push for companies who operate in poorer countries to provide free work-based sight tests. 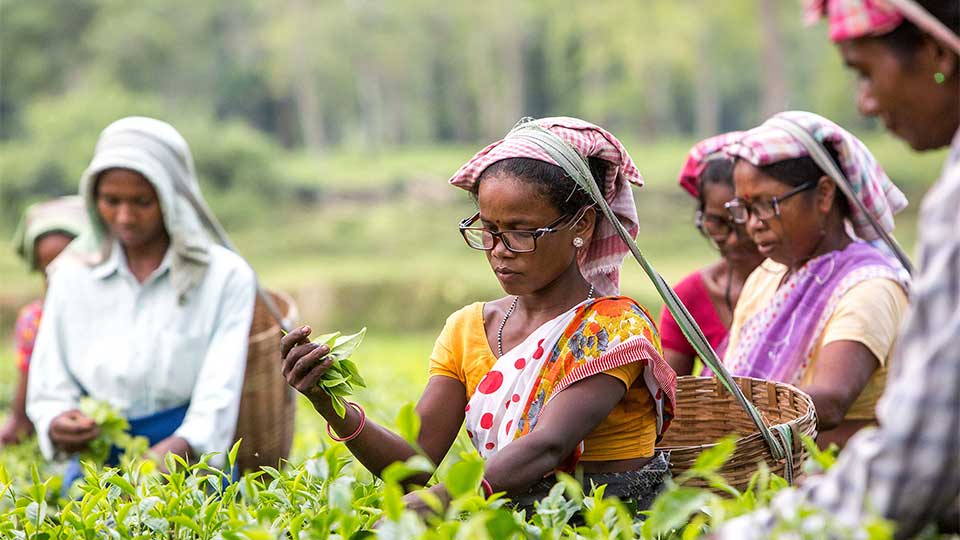 Queens University Belfast Professor and Director of Research at Orbis International, Nathan Congdon, was the study’s principal investigator and said that it was important to demonstrate how seemingly simple tasks can be boosted so impressively by glasses.

“Nearly 90% of workers were still wearing their glasses by the end of the study and virtually all were willing to pay to replace them if needed – people knew they were benefitting from better vision,” he added.

The authors highlighted that the research could transform the way that companies prepare their staff for work, due to being the first ever randomised controlled trial to explore the link between clear vision and productivity.

Founder of Clearly, James Chen, said: “700 years after glasses were first invented we now have conclusive proof of the link between clear vision and productivity. Poor vision is the scandal the world forgot and affects a third of the world’s population. Solving this issue will accelerate progress against the UN’s goals on health, quality education, decent work, gender equality and poverty elimination.”

A spokesperson from Amalgamated Plantations Private Ltd, the owners of the tea garden where the trial took place said that there was a clear case for providing sight tests for its employees.

“It makes workers more productive and more rewarding, and at the heart of this study there is a clear message for businesses like ours – good vision is vital to what we do. This is a turning point in awareness of the impact of clear vision on the wellbeing and productivity of our staff.”

Following the study, Clearly will be writing to leading businesses to share the results of the trial and urge them to introduce work-based sight schemes.