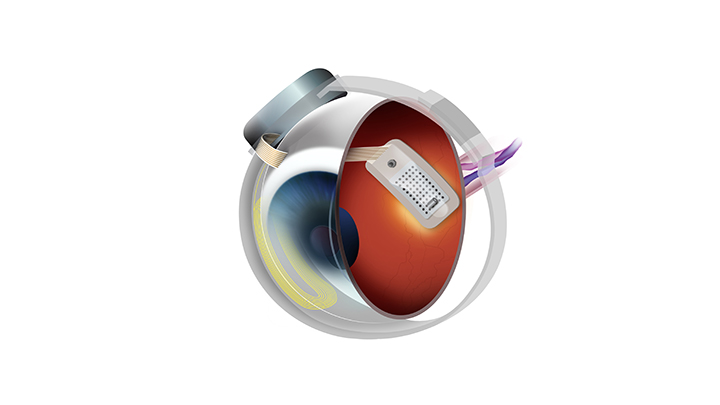 A retinal prosthesis system that could restore the vision of patients with retinitis pigmentosa (RP) has made a stride forward in its bid to be available through the NHS in England.

Developers and manufacturers of the Argus II device, Second Sight, confirmed that yesterday (6 April) NHS England published a public consultation on the NHS funding of the device.

The consultation has been issued following positive recommendations for the device by healthcare professionals who advise the UK government’s healthcare funding authority for specialised services in England.

It calls on stakeholders, such as previous Argus II patients and those who could benefit from the device in the future, charities and doctors, to share their views on a new draft policy for treatment with the bionic eye through the NHS.

The policy has been drafted following investigation by the Clinical Group for Specialised Ophthalmology Services, which reported positive results regarding the Argus II on efficacy, safety, qualify of life benefits and cost-effectiveness.

The draft policy recommends that the device is funded under the Commissioning through Evaluation (CtE) programme, which is usually recommended when NHS England believes that a treatment can offer clinical benefits, but wants to collect more evidence, a spokesperson for Second Sight explained.

The consultation will remain open for 30 days, after which the draft policy will be reviewed.

The device is already accessible in many parts of Europe, as well as the US.

Commenting on the launch of the consultation, Second Sight Medical Products vice president of Europe, Grégoire Cosendai, said: “Second Sight is delighted by this very positive development. This is a pivotal moment in our six-year mission to make Argus II available in the NHS in England.

“The contribution of English patients and English surgeons was key to our success in having the Argus II approved and funded elsewhere in Europe and in the US. We fully support the CtE programme, and look forward to working with the NHS on this life changing initiative for RP patients in the UK.”

Welcoming the consultation, consultant retinal surgeon at Moorfields Eye Hospital, Lyndon da Cruz, said: “As a surgeon who has trialled this treatment, I have seen first-hand the positive outcomes it can have for patients. If the treatment is made available on the NHS in England, it will bring hope to the many patients with profound vision loss from RP, who could experience the real, and, in some cases, life-changing, benefits of the prosthesis.”

More information about the consultation can be found on the NHS website.