Over one billion people living with vision impairment

WHO stats shine a light on global visual impairment prevalence 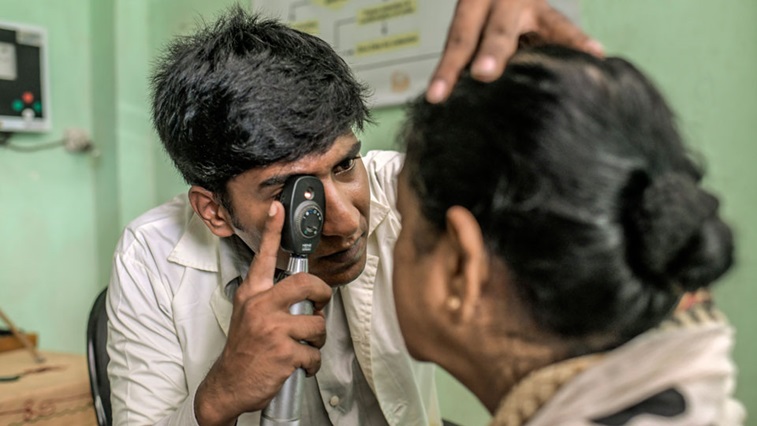 Statistics released by the World Health Organization (WHO) yesterday (8 October) report that more than one billion people are living with vision impairment globally as a result of not having access to the care they require for conditions such as short and long sightedness, glaucoma and cataract.

The figures, which were published in the WHO’s first-ever World Report on Vision ahead of World Sight Day on Thursday (10 October), provide insight into the prevalence of visual impairment globally, the impact this has on individuals and economies, and address the increasing need for eye care.

Speaking about the report, director general of WHO, Dr Tedros Adhanom Ghebreyesus, said: “Eye conditions and vision impairment are widespread and far too often they still go untreated. People who need eye care must be able to receive quality interventions without suffering financial hardship. Including eye care in national health plans and essential packages of care is an important part of every country’s journey towards universal health coverage.”

Dr Tedros added: “It is unacceptable that 65 million people are blind or have impaired sight when their vision could have been corrected overnight with a cataract operation, or that over 800 million struggle in everyday activities because they lack access to a pair of glasses.”

Statistics confirm that the number of people with visual impairment is set to increase “substantially” as a result of global growth and an ageing population, the charity Sightsavers, which has supported the establishment of the report, explained.

Other findings in the report highlight that those who live in rural areas, are on low incomes, have disabilities, are older, are female or are from ethnic minorities or indigenous populations are more likely to experience eye conditions and vision impairment.

Welcoming the report, CEO of Sigthsavers, Caroline Harper said: “Sightsavers congratulates the WHO on its efforts to deliver this crucial work. One billion people worldwide are living with a visual impairment that could be prevented or is yet to be addressed. We know from the WHO’s report and our own experience that the burden of poor eye health falls unequally on poorer countries and on underserved populations such as women, persons with disabilities, those living in rural communities, and indigenous peoples. Everyone has a right to healthcare, regardless of where they are born, where they live or how much money they possess. Sightsavers’ work around the world proves what is possible when people work to strengthen health systems with local partners.”

In the report it is estimated that $14.3bn (USD) are needed to address the backlog of one billion people living with vision impairment or blindness due to short and far sightedness, and cataracts.

The full report can be read on the WHO’s website.