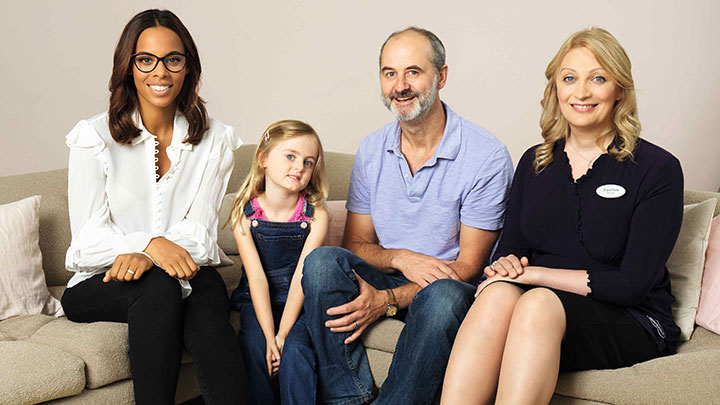 New research by Specsavers has found that 41% of parents said their children had not had a sight test in the last two years.

The multiple conducted a YouGov poll, which revealed that 30% of parents admitted to having never taken their children for a sight test at an opticians.

Reasons included, thinking there was nothing wrong with their eyes (44%) and thinking that their children were too young for a sight test (41%).

It also found that 55% of parents said they would limit screen use after being told it can cause sight problems and 57% admitted they worry about the impact that technology could be having on their child’s sight.

The poll was carried out to mark National Children’s Eye Health Week (23–27 October), which is a Specsavers initiative designed to dispel the myths around children’s eye care.

Specsavers optometrist in Torquay, Dr Josie Forte, said: “Between the ages of three and eight there is a real window of opportunity to identify and treat conditions such as myopia and lazy eye, which can have no outward symptoms.”

“While there is still no concrete evidence as to the negative effects of technology on eyesight, it is telling that so many parents think it could be a contributing factor,” she explained.

National Children’s Eye Health Week ambassador, TV presenter Rochelle Humes, explained that she was shocked to learn that so many parents have never taken their children for a sight test.

“It can be easy to maybe put your children’s sight to the back-burner. I did. I took my first child when she was three – a year later than I should,” Ms Humes explained. “I didn’t take it into consideration and if you leave it until after the age of eight it’s riskier – so this is about letting people know that,” she added.

Ms Humes said that her daughter enjoyed her sight test and said that “there’s nothing to be frightened of so there’s no excuse not to take the test.”

A video about a child’s first sight test has been created to encourage parents to take children age three and above for a sight test. Watch it below.