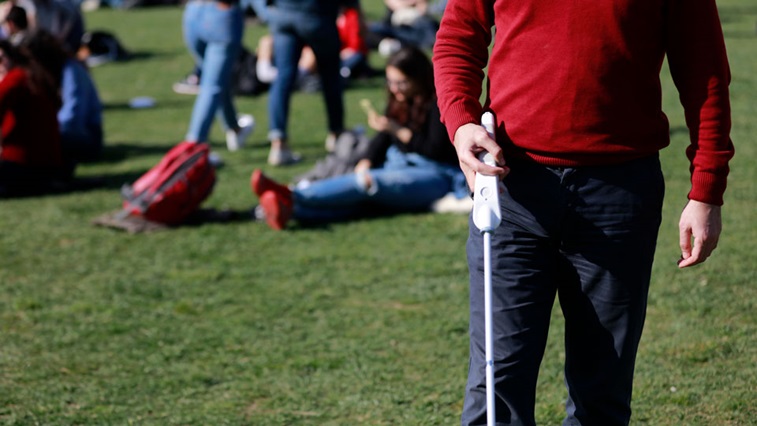 WeWALK, a start-up that has developed a smart cane for the visually impaired, has completed its first round of fundraising, raising £600,000 from investors across Europe.

The London-based start-up said the funds would be used to accelerate growth and technological development to further develop the WeWALK smart cane.

Gökhan Meriçliler, co-founder and UK country lead of WeWALK, told OT: “Our vision for WeWALK is to make it a personal hub for the visually impaired, a central tool for all their mobility needs.”

The company aims to improve the safety and independence of visually impaired people, and has reached customers in 37 countries.

The start-up has participated in Microsoft’s 2019 AI for Good programme and has been awarded an Innovate UK grant in partnership with the Royal National Institute of Blind People (RNIB) and Imperial College London to develop its indoor navigation capability.

Speaking to OT, Mr Meriçliler said: “These funds are necessary to deliver on WeWALK’s extensive software and hardware roadmap. Additionally it will allow WeWALK to expand support and sales networks across the globe, allowing us to deliver a more personal and responsive customer support experience.”

Development planned for the device includes enhancing the navigation system for safety-critical applications when using public transport, and the redeployment of new urban exploration features to provide the safest routes.

Commenting on how the company has been affected by the coronavirus outbreak, Mr Meriçliler said: “Short-term restrictions on movement have meant that visually impaired people face another barrier that restricts them from being able to leave their homes to explore the outdoor environment, contrary to WeWALK's aim to get visually impaired people out of their homes by giving them confidence through better mobility.

“This has had an immediate short-term impact on WeWALK, but we are using this time to greatly accelerate our software development processes and we have some very exciting and significant updates coming up.

“Longer-term, the traditional way visually impaired people use physical contact, such as holding on to a sighted person’s arm, to navigate their surroundings in unfamiliar environments has become difficult given the social distancing requirements,” Mr Meriçliler continued, adding that as a result he feels the need for the smart device is “greater than ever”.

While completing the funding round during the outbreak has been “challenging,” Mr Meriçliler said the funds will be “extremely beneficial” to enable the acceleration of the development of the service.

The smartphone application forms a key component of the service, allowing users to access custom-built navigation and mapping, as well as learning about nearby points of interest and public transport networks. The company said it is using the funding to reassess the requirements of visually impaired people to create solutions suitable for all forms of sight loss and user ability, such as recently-developed low vision features, clock-based directions and tailored voice feedback.

As well as developing the product’s AI features, the company is working on the next generation of the system, including designing the enclosure and cane-attachment mechanisms to ensure an ergonomic experience, as well as tweaking components to deliver new mobility experiences and meet user requirements.