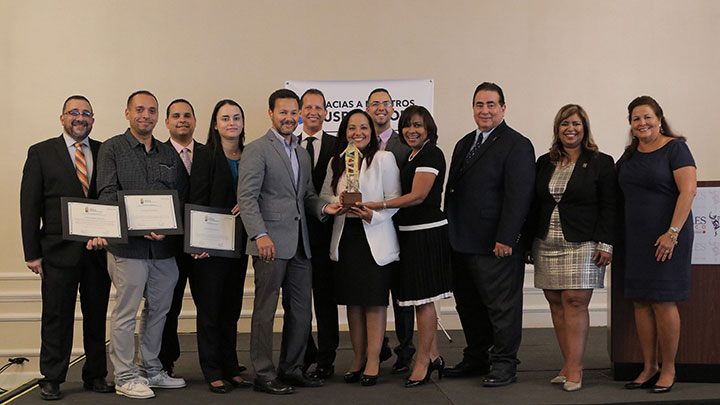 CooperVision’s Puerto Rico-based manufacturing facility, which produces billions of soft contact lenses per year, has been awarded more than a dozen accolades for the sustainable environmental health and safety initiatives that it uses.

The Puerto Rico Manufacturers Association (PRMA) recognised the Juana Diaz plant with 13 awards at this year’s Environmental Health and Safety Summit. It is the most accolades to be awarded to any one company.

CooperVision has minimised its raw materials usage, waste and emissions by 60%, adapting its contact lens mold closure technology to use raw materials in their entirety. As well as preventing a significant volume of specialised plastic being wasted and sent to landfills, the new procedures save the company an estimated $4.5m (USD) a year.

The contact lens company received the President’s Award, which recognises employee injury rates that are 50%-74% below the national average, for a fifth consecutive year.

It also received a second Recycling Platinum Award that recognises a company that “exemplifies best practice standards in alternative energy and sustainability,” with the Juana Diaz facility recycling more than 90% of the materials that it uses in its manufacturing processes.

Senior vice president of Americas manufacturing operations at CooperVision, Rolando Torres, said: “Our commitment to being a responsible environmental steward, while operating our sites in a manner that’s good for business, are meaningful contributors to our global success.”

“We’re grateful for PRMA’s ongoing support and highest recognition, especially considering the programmes from other well-respected multinational corporations that were in consideration,” he concluded.