Study finds optometrist is the most Googled STEM role globally

'Optometrist' has topped a list of the most Googled science, technology, engineering, and mathematics (STEM) roles worldwide.

Within the UK, optometrist had the fourth highest number of monthly search hits, with cancer researcher taking the top spot.

Endocrinologist and physiologist were the second and third most Googled STEM roles in the UK respectively.

Internationally, the most searched-for STEM roles other than optometrist were endocrinologist, physiologist, geneticist, data analyst and astronaut. 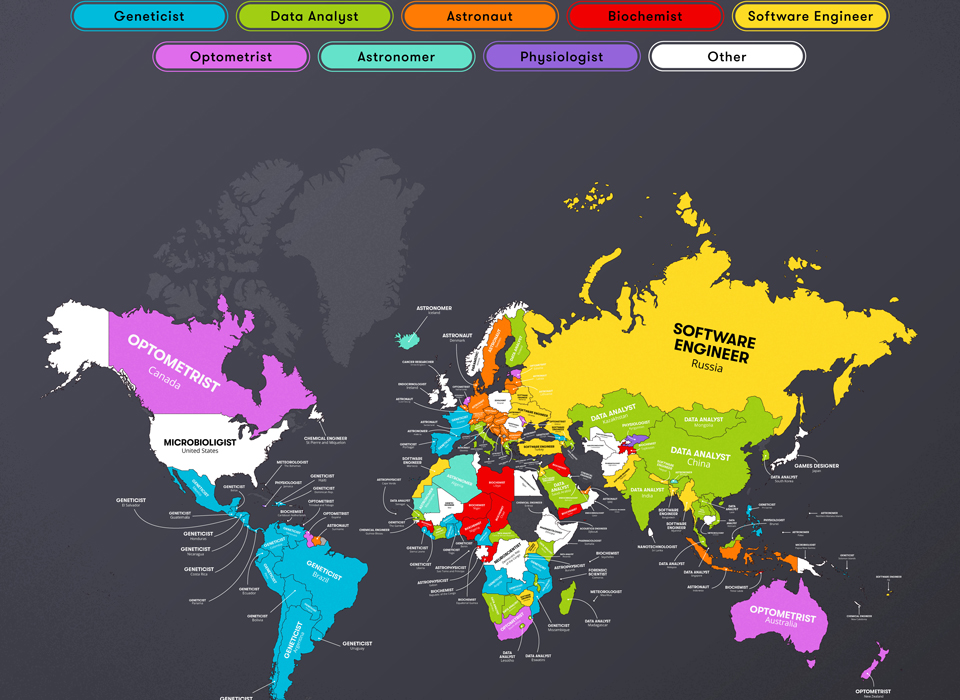 A world map showing the most popular STEM search term in each country.

The most searched-for STEM roles in the UK