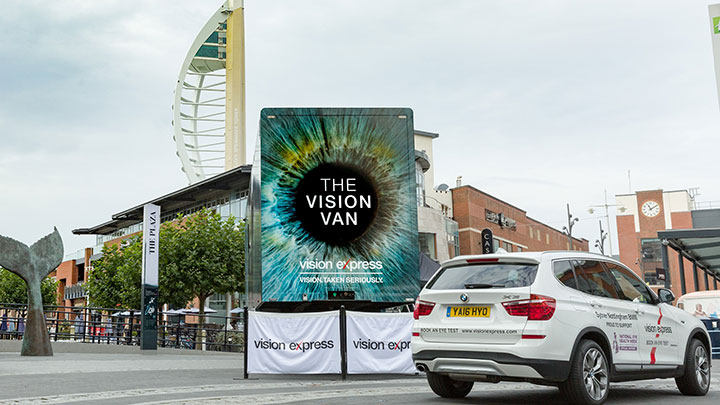 Vision Express has been named as a finalist in the Retail Week Awards in recognition of its recent Vision Van initiative, which saw the mobile sight-testing facility take to the road to offer free eye exams to the public.

The award specifically acknowledges the Vision Van’s campaign during National Eye Health Week this year when it made stops in Portsmouth, Swindon, Swansea, Leicester and Leeds.

During the week long initiative, one in seven of those who had their sight tested in the Vision Van were referred for further medical attention for suspected conditions such as squints and glaucoma.

Reporting the findings, Vision Express highlighted that this is the highest referral rate per eye test in the three years that the Vision Van has travelled around the UK.

The campaign has been shortlisted for Corporate Social Responsibility Initiative of the Year and recognises how the multiple ran the initiative with its charity partners, the Macular Society, Childhood Eye Cancer Trust (CHECT), International Glaucoma Association, Stroke Association and Public Health England.

Named as finalists within the same category are brands including Debenhams, B&Q and Halfords.

CEO of Vision Express, Jonathan Lawson, said: “The Vision Van is just one area of activity that we’re particularly proud of at Vision Express and it’s great to see the team being rewarded for their efforts on a national platform.”

The awards ceremony will take place in March 2017.