Record high referral from the Vision Van during NEHW

One in seven referred by the Vision Van 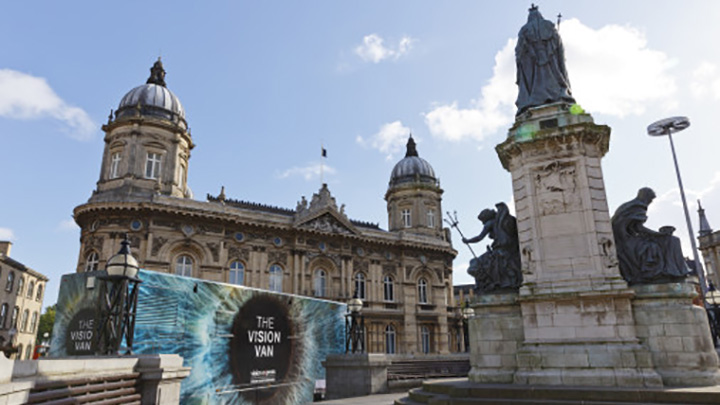 Vision Express has reported that one in seven people it saw through its Vision Van initiative during National Eye Health Week (NEHW) were referred for further medical attention.

The multiple takes its mobile testing unit onto the roads at key times of the year to offer sight tests to members of the public. NEHW was no different, with the Vision Van making stops in Portsmouth, Swindon, Swansea, Leicester and Leeds.

Its referral rate during this year’s NEHW, which ran from 19–23 September, marks its highest in the last three years, highlighting both the importance of the initiative and the annual awareness week. Referrals made during the week covered suspected glaucoma and keratoconus, visual field defects and squints.

Furthermore, over half of those tested on the Vision Van had an out-of-date prescription, with a similar number confessing to not having had an eye test in the past five years.

The campaign also prompted a significant peak in eye test enquiries, Vision Express reported, with more than double the average weekly number of tests booked online with the multiple. It added that website visits increased by 38%.

CEO of Vision Express, Jonathan Lawson, said: “We’re delighted by the record response to this campaign. Our key concern is for the public to take their eye health and eye care seriously, and the starting point is an eye examination. I would like to thank our tremendous teams across the country for responding so positively to the high demand for eye exams experienced during the campaign.

“We have also seen a fantastic response to our Vision Van, which further demonstrates our commitment to the nation’s eye health and gives us a huge endorsement for Vision Taken Seriously.”