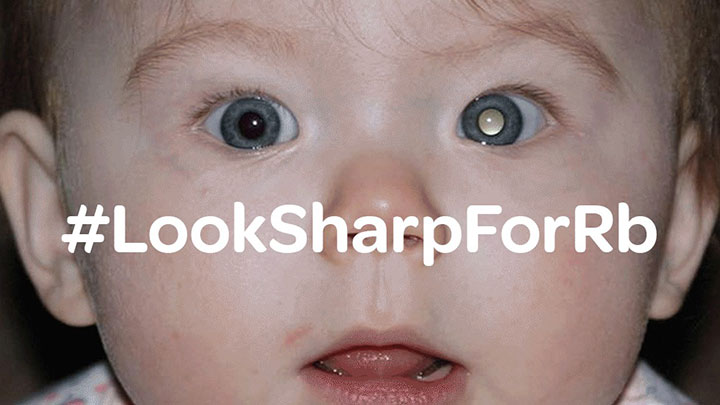 Just one quarter of parents who are concerned that their child may have an eye problem will attend an opticians first, according to new research released by the Childhood Eye Cancer Trust (CHECT) on Monday (8 May).

Published to coincide with Retinoblastoma Awareness Week, which runs from 8–14 May, the charity reported that one third of parents said the eye health of their child is one of their greatest concerns, yet 86% of parents had either never heard of retinoblastoma or did not know much about it.

Furthermore, the survey, which was completed online by 1030 parents with children ages 0–6, found a significant amount of confusion amongst parents about the signs and symptoms of retinoblastoma. As a result, the CHECT has launched its new Look Sharp For Rb campaign, which is designed to raise awareness of Rb with parents.

Retinoblastoma affects babies and young children under the age of six – around one child is diagnosed in the UK every week. Currently, more than 70% of children lose at least one eye to the condition in order to stop the cancer spreading.

Look Sharp For Rb urges parents to be aware of their child’s eye health and to take them to the opticians, or GP, if they notice any changes or have any concerns.

Tabitha Whitaker, who is now 13, was diagnosed with retinoblastoma at the age of three, after her mum, Claire, noticed a white flash in her eye. Within a week, Tabitha had undergone life-saving surgery to remove her affected eye.

Commenting on the experience, Claire said: “It was a very stressful time, but we were told it was treatable. Within a week, Tabitha had surgery to remove the eye. She then underwent four sessions of chemotherapy as the cancer had spread to her optic nerve, but after that the hospital signed her off and she now has annual check-ups at the oncology department at Leeds hospital.”

The charity has published the Opticians Protocol on Retinoblastoma to aid all optical staff in spotting the signs and diagnosing the condition. It is supported by the Royal College of Ophthalmologists and the College of Optometrists.