Leadership was the theme of the weekend in County Galway

The Hakim Group has delivered its first retreat for its Irish practices, hosting 20 managers and directors over a weekend in County Galway.

The retreat, which took place 22-24 April, had ‘The Heart of Leadership’ as its theme.

Attendees took part in training on how to inspire colleagues and become better versions of themselves, and were also challenged to reflect on their own leadership through talks and workshops.

Kath Truman, Hakim Group’s head of learning and development, provided guidance on how attendees could become better leaders within their practices.

Hiking and a choir activity, where attendees learnt and performed a piece of music as a group, were also part of the weekend. 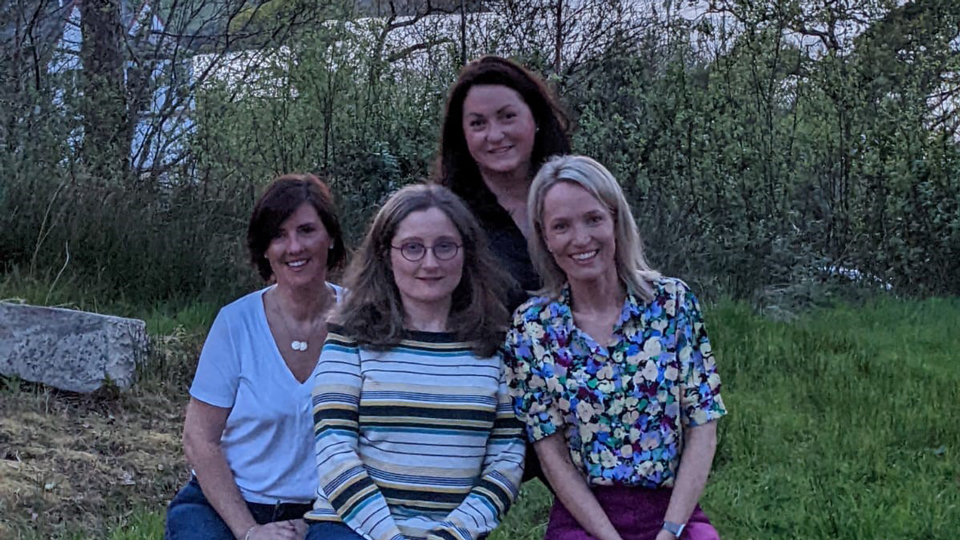 Irish Hakim Group members Clodagh McGovern, Karen Davit, Noeleen Loughlin and Mairead Colleran
Clodagh McGovern, optometrist and director of several Hakim Group practices across Ireland, organised and led the weekend event. She emphasised the importance of “growing and developing as leaders within the optical industry” and that increasing standards within the profession can only happen when managers step up to lead their teams effectively.

McGovern said: “You can’t improve without some learning and training, reflecting on yourself and learning from your colleagues.”

She added: “This weekend has been about growth and development on a personal level as much as anything else.”

The retreat also gave Irish practices an opportunity to come together after two years apart, during which the number of practices under the Hakim Group banner has grown.

McGovern added: “As the number of Irish practices in the group is constantly growing, we’re at a level now where we need to be developing our culture while improving our skills.

“Even though we’re separate businesses we are all working towards the greater good of optics. It’s given us a chance to build even stronger connections with each other, a space to learn from each other, while having fun of course.

“Irish culture is very much about having enjoyment in what you do. That’s been the main focus of this weekend, and that’s always been a very important thing for me.”
OT, in partnership with the Hakim Group and the AOP, are hosting a webinar on Optometry and the post-COVID-29 economy on 12 May at 7pm. Sign up for webinar here.