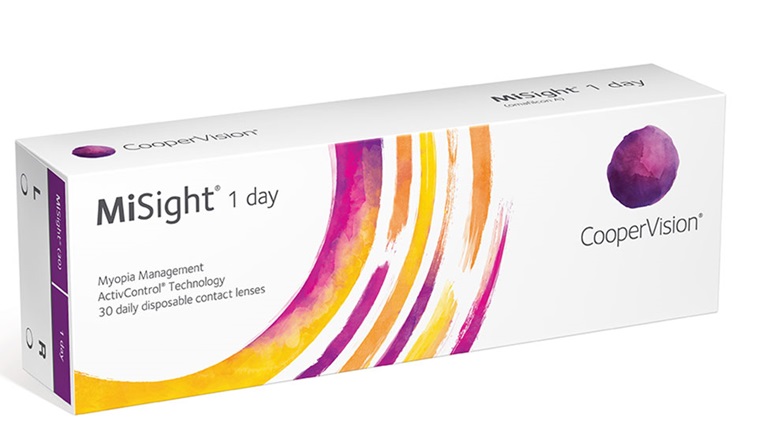 CooperVision has shared the results from a study in its fourth year that is assessing the impact of its MiSight contact lens on reducing the rate of progression of myopia in children.

Director of research programmes at CooperVision, Paul Chamberlain, said: “The treatment is continuing to work for children who have been wearing MiSight contact lenses for the entire study, and their axial length progression in this last year has slowed further. This illustrates the benefits of beginning myopia management as early as possible to maximise the benefit.”

CooperVision detailed that a control group, who had been wearing a single vision one-day contact lens in previous years of the study, switched to the myopia control one-day soft contact lens.

Progression continued to be tracked separately and after switching myopia progression was slowed, which CooperVision said proved effectiveness when beginning myopia management at an older age.

CooperVision noted that there was no significant difference between groups for change in spherical equivalent refractive error and axial length over 12 months.

Additionally, there were no significant differences in myopia progression rates for two demographically matched populations in their first versus fourth years of MiSight wear.

CooperVision shared with OT that there were five wearers in the group that switched to MiSight who did not adapt to the change.

However, senior director of global business operation in CooperVision’s specialty eye care division and myopia management, Stuart Cockerill, explained that this drop out rate was similiar to that at the start of the study.

The remaining drop outs were related to being unable to commit to the study for a further three years.

“The study will continue to monitor the children in MiSight for another year and will then be monitored for a year wearing Proclear 1 Day,” Mr Cockerill shared.

He added that CooperVision will continue to investigate future designs and options to manage myopia in children with it MiSight and ortho-k contact lenses.