Vision Express to tour the UK during World Glaucoma Week 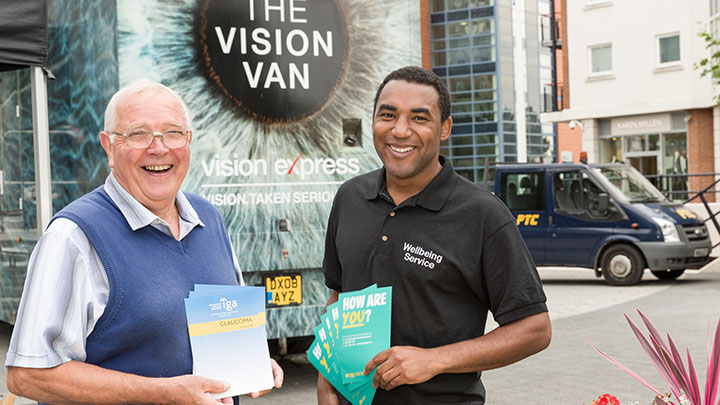 Vision Express has teamed up with the International Glaucoma Association (IGA) for a second consecutive year to raise awareness of the importance of regular sight tests during World Glaucoma Week next month.

The multiple will take to the roads with its Vision Van during the annual awareness week, which runs from 13–17 March, offering free sight tests to members of the public.

The van, which is the largest High Street mobile testing unit in the UK, will make stops at five glaucoma hotspots. These include Manchester, York, Glasgow, Edinburgh and Stockton-on-Tees.

Findings reported in the 2013 Britain's Eye Health in Focus report found that 300,000 people are living in the UK with undetected glaucoma, and many don’t know that an eye test is the only way to detect the condition.

Representatives from the IGA will join Vision Express in the Vision Van to talk to members of the public about the importance of regular eye tests and why early detection and treatment for glaucoma can save sight.

Chief executive of the IGA, Karen Osborn, said: “We are delighted to be working with Vision Express again this year. We want to encourage everyone to have a regular eye test, at least every two years, and more regularly if advised by a health professional. The Vision Van takes eye health checks into the heart of communities, and that can only help.”

Reflecting on last year’s partnership, head of professional services at Vision Express, Omar Hassan, added: “The large proportion of people visiting the Vision Van last year needed either a new prescription or told us they hadn't had an eye test for a long time, which is alarming. An eye test is not only the best way to spot vision problems and glaucoma, but it can also indicate potentially serious health conditions such as high cholesterol, high blood pressure, diabetes and increased risk of stroke.”