Residents in Wiltshire have donated more than 1600 pairs of glasses to help people experiencing homeless through a local optical group and charity partnership.

Local opticians, Haine & Smith, have thanked residents for their donations, which came as a result of a campaign with regional charity Alabaré. 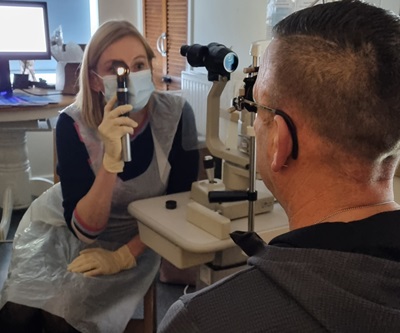 In November the team visited the Trowbridge Alabaré home, where they launched the Sight for All campaign. More pop-up centres across Wiltshire are now being planned.

To ensure a choice of adequate frames alongside those offered by Wolf Eyewear, Haine & Smith asked Wiltshire residents to donate their old spectacles to be refurbished and re-used. The call saw more than 1600 pairs of glasses being donated via Haine & Smith practices across the South West.

Anna Lewin, clinical lead optometrist at Haine & Smith, said: “When we launched our campaign, we didn’t imagine we would get such a good response. To receive this many pairs of unwanted spectacles already is amazing.”

She added: “We’re busy planning our next pop-up centre, so please keep bringing your donations to us.”

Glasses can be donated at any of Haine & Smith’s 20 practices across Wiltshire, Swindon and Gloucestershire.

Any glasses that cannot be refurbished will be handed over to the Wiltshire Lions Club and used in eye clinics in countries including Papua New Guinea, Sri Lanka and Ghana, meaning none will go to landfill.

Lead image: some of the glasses donated as part of the Sight for All campaign.