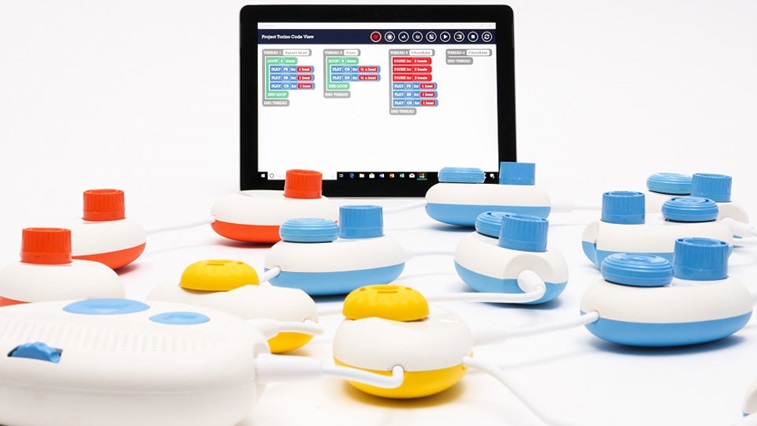 The Royal National Institute of Blind People (RNIB) has launched an educational tool to help primary school children with vision impairment learn how to code.

The Code Jumper tool was designed by Microsoft and developed by the American Printing House as a tactile teaching aid.

It is formed of a series of pods that each contain a single line of code, which represents a set of commands that can be joined together in different sequences to create a programme.

RNIB explained that coding and programming are part of the national curriculum and it is hoped that Code Jumper will help children from the age of seven in the subject.

Principal researcher at Microsoft Research, Cecily Morrison, said: “The idea for Code Jumper was inspired by working with children who were blind or visually impaired who were excited to create their own technological future, after my son was born blind. The team wanted to create something that excited the hands of blind or visually impaired children as well as their mainstream peers.”

Code Jumper was described as a “game-changer” in accessible education by the director of services at RNIB, David Clarke.

He explained that many teaching aids for virtual skills are based in a virtual space and are therefore intangible and inaccessible to those who cannot see and feel it, whereas Code Jumper makes virtual ideas tangible.

“By helping children with a vision impairment learn how to code, this product is opening up coding and computer programming as a viable career path to thousands of young people who might otherwise not have considered it. RNIB is delighted to be a part of bringing Code Jumper to the UK and breaking down barriers to learning for children across the nation,” Mr Clarke added.