Why do women in optics earn less than men?

AOP policy adviser, Kathy Jones, discusses the gender pay gap and why women may still be disadvantaged in the workplace when it comes to working hours and overtime opportunities 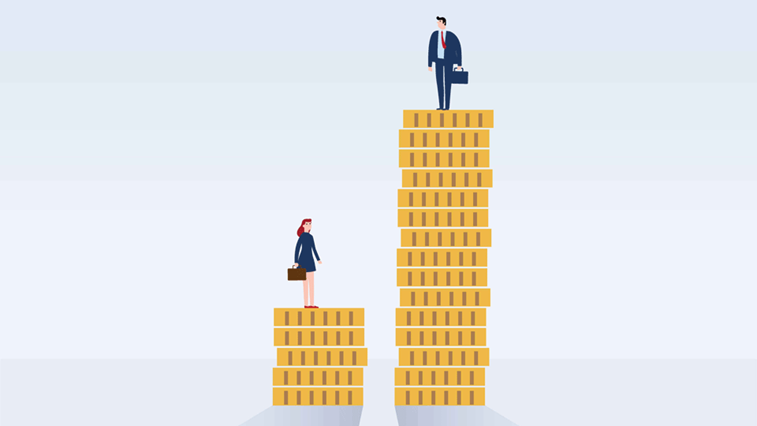 Over the last 50 years the gap between women and men’s earnings has narrowed greatly in the UK.

In 1970, when the first Equal Pay Act came into force in the UK, the earnings of women working full time were only about 65% of men’s (Harkness, S. The Gender Earnings Gap: Evidence from the UK, Fiscal Studies, 1996). In 2019, again just looking at full time workers, women earn around 91% of men’s earnings, according to a report from the Office of National Statistics. So, a massive improvement.

However, if you ever see figures that compare men’s and women’s earnings regardless of working hours, you’ll see that women are far worse off than men. That’s because part time workers do badly when compared to full time workers, and the majority of part time workers are women.

The reduction in the earnings gap for full time workers in the last 50 years is due to several factors.

The introduction of the legislation itself was a good start. Before that, it was legal to pay women less than men for the same job, just because they were women.

Another huge factor has been the way that women have embraced education opportunities, with young women now equalling and surpassing their male contemporaries on a routine basis.

When the AOP carried out its Optometrists’ Futures Survey in 2018, we asked our respondents to tell us their hourly pay. In order to eliminate any influence associated with part-time working, we only looked at respondents who worked over 30 hours a week. After this, we found that female respondents were earning 84.5% of male earnings. So why is it that 50 years after the first equal pay legislation, inequality persists?

There are three main theories for this, all of which may more or less contribute to the difference.

The first is that women may underestimate their worth and be more timid than men in making their pay demands. Research shows that women are more likely to admit to self-doubt than men, while men are four times more likely to initiate conversations about salary than women. Plus, women will ask for 30% less money than men and routinely underestimate their ability more than men do.

The second is the way that the workplace is structured and the opportunities offered might indirectly disadvantage women rather than men. For example, it may be hard for someone with family commitments to take up opportunities for extra work or overtime, especially if they are offered last-minute. Women who bear the majority of caring responsibilities at home may choose, or be forced to, pass up opportunities for higher earnings (Bolotnyy, V and Emanuel, N. Why Do Women Earn Less Than Men? Evidence from Bus and Train Operators, Harvard University, 2018).

Another example might be performance-related pay opportunities. In optics, some such incentives could work against people who are more cautious in their practice – and there is some evidence to suggest that women are, on average, more risk averse than men.

The third theory is much more simple: plain and straightforward discrimination. We’d like to believe that nobody would deliberately pay someone less because they are female. At the AOP we have not seen any evidence that this is happening in our sector, but it is not impossible that some such prejudice continues.

The AOP is taking a number of steps to support all of its members, women and men, to be recognised for their full worth.

We have shared and discussed our findings on pay from the survey with the main multiple employers and have an ongoing dialogue with them about their HR plans.

We also offer our members training in the personal skills that everyone requires in the workplace to build good relationships and negotiate for proper and fair recognition.

Plus, if a member were to find that they are earning less than another for no good reason, we would support them to challenge unfair treatment.