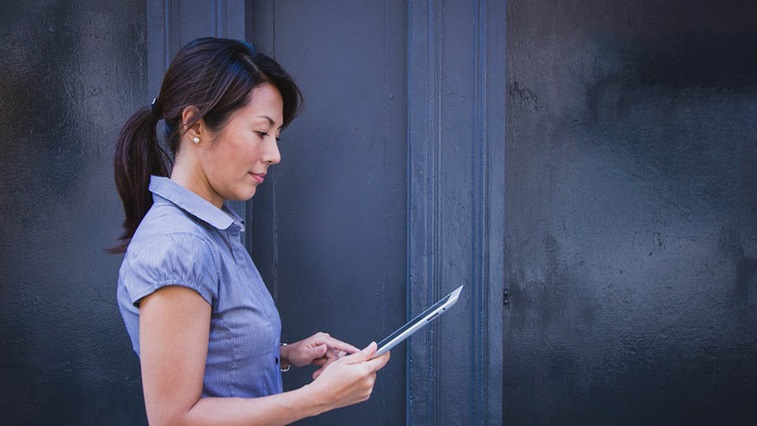 A new law requires all UK employers with 250 or more staff to report each year on their gender pay gap. The first set of annual reports were published in April.
The gender pay gap is the difference between the average pay of men and women in each employer, whatever job they do. This is different to equal pay reporting, which is about ensuring that men and women doing jobs of similar value are paid fairly.
For large employers, including within the optical sector, the gender pay gap reported has often been substantial. This difference has been attributed by many companies to a high proportion of men in senior roles, and large numbers of women in junior roles.
Despite the gender pay disparity within the optical sector, the latest data reveals that more women are entering the profession than men.
The General Ophthalmic Services workforce survey, published in March, shows that 54.4% of ophthalmic practitioners in the UK are women.
This compares to the 2007 breakdown of 56.1% male and 43.9% female ophthalmic practitioners.

Women employed by the multiple have a median hourly rate that is 21% lower than men.
Although more women (66%) than men (51%) receive bonus pay at Boots Opticians, their bonus cheque is on average 46% lower.
Women account for 65% of the highest paid positions and 80% of the lowest paid positions at the multiple.
A Boots Opticians spokesperson highlighted that there are a higher proportion of women in roles with lower hourly rates.
The spokesperson added that the median pay for women employed by Boots Opticians sits within the hourly paid workforce, while for men the average pay level sits within the company's salaried clinical roles.
"We are confident that male and female colleagues are paid equally for like work," the spokesperson shared.
Boots Opticians managing director, Jonathan Gardner, told OT that women make up 76% of the company's workforce.
"We remain committed to inspiring our colleagues to provide outstanding customer care whilst providing opportunities for all our people to grow and develop to their full potential within our business," he shared.
Initiatives implemented by the multiple to address the gender pay gap include enhancements to flexible working, women in leadership and maternity pay policies.
Boots Opticians also plans on rolling out unconscious bias training.

At Vision Express, the median hourly rate of women is 22% lower than that of men.
Women make up 63.8% of salaries in the highest quartile and 80.6% of wages in the lowest.
Only 25.3% of women received bonus pay, compared to 35.5% of men.
The mean amount of bonus pay received by women also lagged behind their male colleagues by 78.1%.
A Vision Express spokesperson confirmed: "Whilst overall the percentage of females within our business is higher than males, there is a greater proportion of men than women in more senior and/or higher paid roles, resulting in a gender pay gap."
In relation to bonus pay, the spokesperson highlighted that over recent years the company has focused on improved base rates of pay rather than variable performance-related bonus pay.
This has meant that not all roles within the company are eligible for bonus pay.
Positions eligible for bonus pay include management and registered optical professional positions.
The multiple confirmed that 35% of women were in roles eligible for a bonus scheme, compared to 55% of men.
At the time the statistical snapshot was taken in 2017, only 14% of Vision Express' board members were female despite the fact that women make up 74% of the multiple's workforce.
However, the company has promised to increase board representation to 33% by May 2018.
The proportion of women on the company's senior leadership team also increased from 40% in 2017 to 43% in April this year.
In the future, the company is concentrating on enhancing its family-friendly and flexible working policies, delivering unconscious bias training as well as re-training managers and staff to drive inclusion.
A Vision Express spokesperson emphasised that the company is "fully committed to supporting gender equality in the workplace."
"We strive to make sure the principles of fairness, openness and transparency inform everything we do. Career and employment decisions are based solely on talent, potential and ability to do the job," they said.

"We won't close the gaps overnight, but we'll be transparent in our ongoing efforts to do so"

The multiple reports that the median hourly wage of female employees is 11.4% lower than their male colleagues.
Women account for 56.8% of the highest paid positions at Optical Express and 72.1% of roles with the lowest reimbursement.
While more women (75.8%) than men (65.8%) received bonus pay, their mean bonus pay was 52.1% lower than men.
Optical Express head of HR, Dawn Kondol, told OT that there is "no gender inequality" at the multiple.
"If we look at individual roles within Optical Express we can confirm that we pay males and females equally for doing the same role," she shared.
"In fact, if we review our optometrist population, we employ double the number of female optometrists as opposed to males. Moreover, the average pay of female optometrists is slightly higher than their male counterparts, due to the number of female optometrists employed in senior positions within the organisation," she emphasised.
Ms Kondol highlighted that the Government calculations of bonus pay are based on the actual bonus paid rather than the full time equivalent.
It is Optical Express' view that this does not create "a fair picture" of bonus pay within the multiple, she added.
"The bonus earning opportunity of our female part-time employees is disadvantaged and misrepresented by this snapshot," Ms Kondol emphasised.
Following the statistical snapshot of Optical Express' gender pay gap in 2017, the number of female senior managers has increased across the company's retail business through a corporate restructure.
"The percentage of senior female managers has increased from 12% to 42%. We have also recently launched our new apprentice scheme with 66% of new apprentices taken on board being female," Ms Kondol shared.
Measures to enhance an inclusive organisational culture at Optical Express include improvements to leadership development, recruitment and selection.
The company has also committed to providing more transparency around rewards and remuneration, as well as strengthening its flexible work policies.

"We pay people equally. The gaps are due to the fact that, for a variety of reasons, we currently have more men in senior roles that women"

Specsavers did not report on a gender pay gap across its stores, explaining that each practice within the network is an individually run and owned business.
However, statistics provided for Specsavers Optical Superstores (its UK support office network) and Vision Labs (a manufacturing and distribution site) reveal a gender pay gap in median hourly rates of 41.9% and 7.9% respectively.
Specsavers UK managing director, Paul Marshall, highlighted to OT that the published results relate to a small part of the organisation.
If Specsavers stores were included within the statistical snapshot, the multiple would expect to see a "much more balanced picture," Mr Marshall emphasised.
Specsavers is working on providing gender pay gap data for the UK, Ireland and Guernsey business as a whole, including its stores. The company aims to publish this data within the next six months.
Mr Marshall highlighted that the differences in pay were not as a result of paying men and women differently in similar roles.
"We pay people equally. The gaps are due to the fact that, for a variety of reasons, we currently have more men in senior roles than women," Mr Marshall shared.
Efforts to tackle the gender pay disparity at Specsavers raising awareness of unconscious bias, enhancing the company's approach to flexible working and reviewing recruitment processes.
"We won't close the gaps overnight, but we'll be transparent in our ongoing efforts to do so," he concluded.

The difference in median hourly wage between men and women is not confined to the private sector.
At Moorfields Eye Hospital, the median hourly rate of women is 18.5% lower than men.
Women are represented in 51% of the highest paid positions and 71% of the lowest paid positions.
Moorfields Eye Hospital NHS Foundation Trust's director of workforce and organisational development, Helen Rushworth, told OT that the trust is "fully committed" to closing the gender pay gap and ensuring that all staff have access to equal career opportunities.
"This year's figures are a reflection of us having more men than women in senior posts – this is something we are assessing so we can understand the cause and take action to improve," she highlighted.
When asked for clarification about how this explanation sits with women being evenly represented in the highest quartile of positions, Ms Rushworth confirmed that the very highest paying positions in Trust are held by men and the remuneration level for these roles is at a level where it skews the rest of the results.
Moorfields Eye Hospital has flexible working policies to help all staff manage family and career development.
In 2018, women made up 87% of participants in the Trust's Mary Seacole Leadership Development programme.

At the Royal National Institute of Blind People, women have a mean hourly rate that is 10.3% lower than their male colleagues. There is no difference in median hourly rates when compared between genders.
Women make up the majority of employees in every pay quartile, representing 74.8% of the highest paid employees and 80% of the lowest paid employees.
RNIB corporate services director, Corrine Mills, highlighted to OT that comparisons with other charities who have submitted reports indicate that RNIB has a similar gender pay gap.
"This will be monitored as more reports are filed and information is shared," she observed.

In response to the publication of the statistics, AOP chief executive, Henrietta Alderman, highlighted that on first reading the statistics provide a "bleak view" of the gender pay gap within optics.
However, she emphasised: "It is important to remember that they include all employees in the businesses identified and it is therefore not possible to assess any disparity in optometrists' pay at this stage."
The AOP funded a joint initiative at the end of 2017 with the College of Optometrists to further explore the gender pay gap in optometry identified through 2015 workforce research.
"Alongside this, we are launching our own workforce survey later this month which will give us much more insight into what drives members' career decisions, including any issues relating to pay and gender," Ms Alderman shared.
"We are pleased to hear about the efforts the companies mentioned in this article are taking to address the gender pay gap across their businesses and look forward to the day when we see a greater number of women in senior positions in the sector," Ms Alderman concluded.