Institute for Employment Studies principal associate, Dilys Robinson, shares what research commissioned by the AOP reveals about the aspirations of today’s workforce and the changing shape of the profession 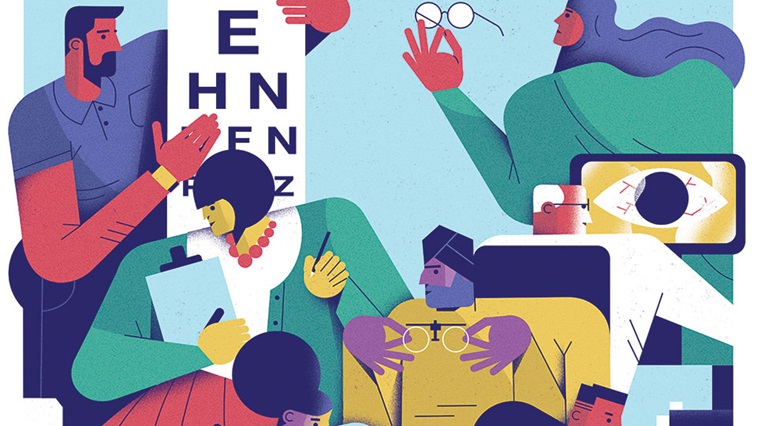 Compare an optometry practice in 2018 to one three decades ago and you will notice many changes.

From the range of spectacle designs and materials on offer to the equipment used to perform a sight test, the optics landscape has undergone a transformation.

Putting aside technological change, the profile of the ‘average’ optometrist has also shifted.

The profession has become more diverse. More women than men are entering the profession, while Asian and British Asian optometrists make up a greater proportion of the workforce than in the past.

The gender breakdown of GOC-registered respondents was 56% female, 44% male.

“What you are seeing is a profession that is changing. If you look at the older optometrists, there will be a majority of male practitioners, but looking at the younger optometrists, and overall, the majority is female,” Ms Robinson added.

“What you are seeing is a profession that is changing”

Alongside a shifting gender balance, Ms Robinson shared that the survey has illustrated a shift in the ethnic demographics of the profession.

The next generation of optometrists has a higher proportion of Asian and Asian British practitioners, with 45% of student respondents Asian or Asian British compared to 43% White.

The make up of GOC-registered optometrists in contrast is 68% White and 25% Asian or Asian British.

Another key trend that the survey results reveal is a growing proportion of optometrists who are working as locums.

Ms Robinson said that 27% of GOC-registered optometrists reported working only as locums.

The top reason that these respondents gave for their mode of work was flexibility.

“They can work where they want and when it suits them,” Ms Robinson observed.

Over half said that working as a locum was financially more rewarding, while around a third enjoyed the variety of work.

“Those are the key reasons. The percentage who said they were in between jobs or they couldn’t obtain a permanent position was tiny,” Ms Robinson said.

The research also reveals important insight for practitioners in parts of the UK where it can be difficult to source new staff.

The survey suggests that once optometrists are settled in a permanent role, they are unlikely to move to another part of the UK for a job.

While 60% of pre-reg respondents said they would be prepared to move for an “ideal” role, this drops to 17% among GOC-registered optometrists.

“It does go down quite drastically,” Ms Robinson said.

Of the registered respondents responsible for staffing decisions, close to one in four said they had a current vacancy for an optometrist and 42% said they found it difficult to recruit newly-qualified optometrists.

When optometrists were asked about what was the best part of the job, the most common driver was a desire to help others.

This was also the key factor in why survey respondents said they chose to study optometry, alongside wanting to work in a healthcare role.

“There was a feeling that people didn’t really understand what optometrists do and how well trained they are,” Ms Robinson said.

Despite these challenges within optometry, Ms Robinson emphasised that a relatively small proportion (3%) are planning to leave the profession within five years for reasons other than retirement.

“It is not a profession where people are thinking ‘I am so fed up I want to leave it’,” Ms Robinson observed.

When choosing a role, the factors that respondents prioritised included the company’s values, reputation and culture as well as a location that is close to home.

Respondents were most satisfied with their colleagues (82%) and location (80%) in their current role.

Ms Robinson highlighted that further work will be done to explore whether comparable research has been done for other professions.

Follow up interviews will also be carried out to provide further qualitative detail to the survey findings.

Ms Jones highlighted that the AOP commissioned the research to understand more about members and their aspirations so that services can be tailored to their needs.

“Understanding the diversity of our membership and the personal and professional factors that influence their work decisions, will help us ensure that we can cater to everyone’s needs for support, advice and education throughout their careers,” she observed.

Ms Jones added that the AOP’s Council would be considering the final report of the Optometrists’ Futures study at its meeting at the end of October.

“IES is carrying out further analysis for us. We will be publishing their report so that everyone can benefit and we hope that employers of all sizes will take the opportunity to learn from it how best to attract optometrists to work for them.”