Gender pay: the gap in optics a year on 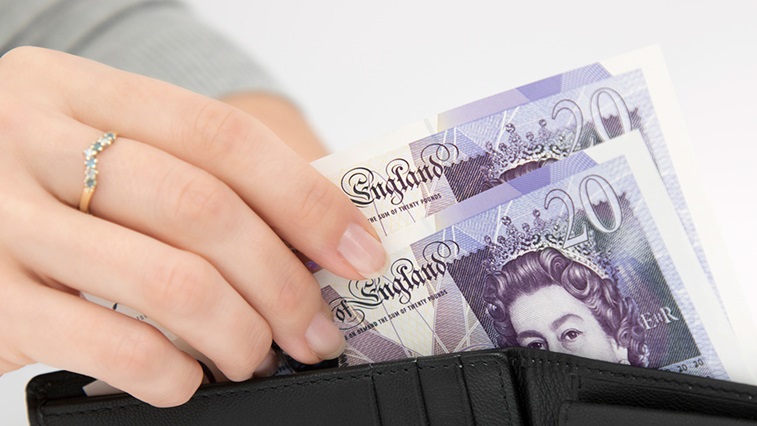 Large employers within optics have revealed the gender pay gap within their workforce through the latest round of government reporting.

This is the second time that UK employers with 250 or more staff have been required by law to provide an annual snapshot of the gender pay gap at their organisation.

The gender pay gap is the difference between the average pay of men and women at each employer, whatever job they do.

This is different to equal pay reporting, which is about ensuring that men and women doing jobs of similar value are paid fairly.

Results within optics are mixed, with Boots Opticians narrowing its gender pay gap while the gap at both Vision Express and Optical Express grew slightly.

Meanwhile, Specsavers reported a reduced gap at its support office network but a larger gap at its manufacturing and distribution site.

When median hourly wages are compared, women employed by Boots Opticians earn 83p for every pound earned by men.

This is a reduction of the pay gap that was reported last year, when women earned 79p for every pound earned by their male colleagues.

This means that the multiple has seen a slight increase in the proportion of women in both the highest and lowest jobs since the last reporting period, when the figures were 65% and 80% respectively.

Boots Opticians highlighted that a reduction in the gender pay gap at the organisation had been assisted by an increase in the number of women in higher paid roles.

“We recognise that we still have more to do on this,” the multiple highlighted.

In terms of planned initiatives to reduce the gender pay gap, Boots Opticians will offer mentoring and ‘lunch and learn’ sessions to enhance the number of women in leadership roles.

Women at Vision Express earn 76p for every pound earned by their male colleagues – a broader gender pay gap than was found in the previous report when they took home 78p per pound.

A Vision Express spokesperson confirmed that the company had taken several steps to address the gender pay gap, including introducing more flexible, family-friendly policies in its stores and support centre.

Managers with recruitment responsibilities at Vision Express received training on unconscious bias and a performance-based incentive programme means that 97% of female employees are now eligible for a bonus compared to 35% last year.

“Our 2018 report is impacted by the change in composition of our workforce following the acquisition of Tesco Opticians, which increased our head count by around 1,500,” Vision Express highlighted.

“Our future plans include simplifying our salary structures, rolling out a new reward model and forming a Colleague Group to focus on diversity and working practices,” the spokesperson concluded.

The gender pay gap at Optical Express increased over the reporting period, with women paid 80p for every pound earned by their male colleagues.

A narrower pay gap was reported the previous year, when women earned 89p for every male pound when comparing median hourly wages.

A statement from the multiple emphasised: “Overall, there is no gender inequality at Optical Express.”

The company claimed that simply looking at the gender pay gap is “misleading.”

Optical Express emphasised that variation in gender representation within different types of roles across the organisation significantly affected the reported pay gap.

“For example, the highest-paid employees are the company’s refractive surgeons, and in the UK and Ireland the pool of surgeons with the required skills is overwhelmingly made up of males,” the statement highlighted.

“Meanwhile, the employees across our retail business and in our large contact centre are predominantly female,” Optical Express added.

The data reported by Specsavers does not relate to its optical stores, as each practice is an individually owned business.

At Specsavers Optical Superstores, women earn 61p for each pound earned by men. The gender pay gap has narrowed slightly compared to last year, when female employees earned 58p for each pound of male earnings.

In contrast, the gender pay gap increased at Vision Labs with women taking home 88p for each pound earned by men, compared to 92p per pound in the previous reporting period.

Specsavers global people director, Kate Brown, highlighted that the gender pay gaps were not due to the fact that men and women in similar roles were paid differently, but because there were more men than women in senior roles.

“We have seen a small improvement in some of our numbers, however, we will not close those gaps overnight,” she emphasised.

“In the past year we have put in place a dedicated plan covering five key areas which, in the long-term, we believe will further embed diversity and inclusion in our business and help narrow the gender pay gap,” Ms Brown highlighted.

Activities undertaken by Specsavers include partnering with a global diversity and inclusion organisation to deliver bespoke unconscious bias training, extended flexible working, a detailed review of recruitment processes and looking at the language used to avoid any bias.

The gender pay gap at Moorfields Eye Hospital remained relatively similar at 18.7% compared to 18.5% in the previous reporting period.

In other words, women earn 81p for every pound earned by men when average hourly earnings are compared.

Moorfields Eye Hospital associate director of human resources, Nicky Wild said: “At Moorfields we are fully committed to narrowing the gender pay gap and recognise that this will take some time.”

“We are developing a workforce strategy to continue to build a strong positive culture of inclusion at Moorfields and will set out our long-term plan for closing the gender pay gap as part of it,” she highlighted.

Research commissioned by the AOP has revealed that when factors such as time in the job, experience and extra responsibilities were controlled for there remains a 15.5% gap between the average pay of male and female optometrists.

The findings have come from the Association’s 2018 Optometrists’ Futures survey, conducted by the Institute for Employment Studies.

Tony Stafford, AOP policy director, said that the results will shape the Association’s support for members, both employees and employers.

“The Government’s gender pay gap figures are very useful for showing the extent of inequality right across workplaces, where senior positions are often held by men. But they don't tell us if men and women are being paid differently for doing similar jobs,” he highlighted.

“The AOP's survey has looked at that question. We compared optometrists working more than 30 hours a week and found that on average, and after accounting for influencing factors as far as we could, women still earn 15.5% less than men,” Mr Stafford elaborated.

Over the coming months, the AOP will develop advice and resources to help members who employ optometrists to confirm and demonstrate that their approach to pay is fair.