The multiple highlighted how poor vision is related to driving accidents 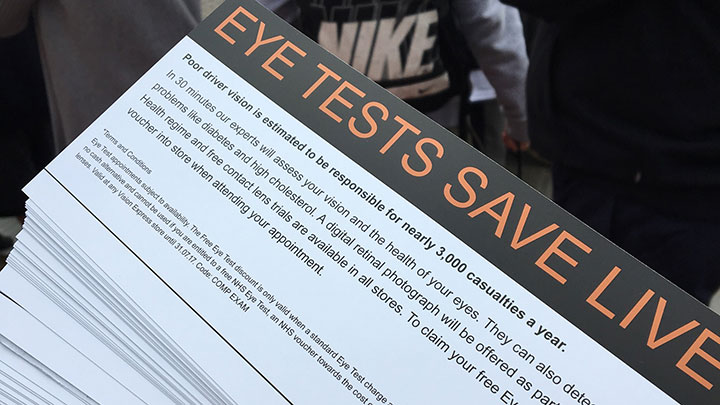 Vision Express took its Eye Tests Save Lives campaign to the 2017 Goodwood Festival of Speed in a bid to raise awareness of how vision problems act as a major contributor to traffic accidents.

The multiple provided free eye test leaflets to every motor enthusiast that took a spin in the ‘tumbling car’ as part of its partnership with GEM Motoring Assist and Sussex Safer Roads. The ‘tumbling car’ is designed to demonstrate how effective a seatbelt can be in preventing death and injury on the road.

Poor driver vision is estimated to be responsible for nearly 3000 casualties each year, Vision Express highlighted. The multiple also noted that 15% of drivers hadn’t had their sight checked since reading a number plate during their driving test, and 94% did not realise they can lose 40% of their vision without noticing.

Vision Express CEO, Jonathan Lawson, said: “Reports estimate five million drivers on UK roads would fail a number plate test if they had to take it again. We hope by providing motoring enthusiasts at the festival with an offer of a free eye test, we have encouraged them to consider their vision and general health before getting behind the wheel.”

As part of its campaign, the multiple is lobbying the government to display Eye Tests Save Lives signs across UK roads.

The 2017 Goodwood Festival of Speed took place from 29 June–2 July.