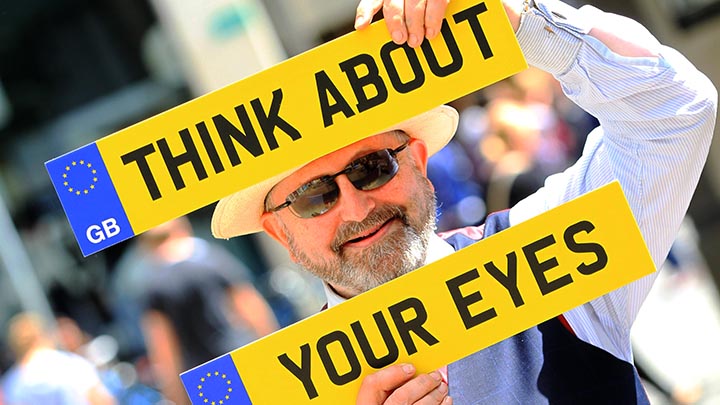 Lens manufacturer Essilor is calling on the UK government to support its call for regular sight tests to be a legal requirement for drivers.

As well as lobbying government, Essilor has launched a national campaign to encourage motorists in the UK to take their vision seriously and have their sight tested.

It is estimated that 3000 casualties occur on UK roads annually, with poor vision being a contributor to this. However, the UK is one of only five EU countries that do not legally require drivers to be tested by a medical professional or undergo a sight test as part of their driving test.

The Think about your eyes campaign calls on the Government to bring the UK sight-related driving requirements in line with laws in Italy, Spain and Turkey, where drivers are tested every 10 years, increasing to five, three and two year intervals as they get older.

Essilor corporate social responsibility director for the UK and Ireland, Nigel Corbett, said: “It is incomprehensible that the driving test involves a rigorous assessment of a person’s capability to operate and control a motor vehicle safely, yet the visual capability of the driver is assessed by a basic vision test carried out by a non-medically qualified driving test centre employee.”

Explaining the purpose of the campaign, Mr Corbett stressed that Essilor is “not prepared to sit back and watch people die at the hands of careless motorists who don’t get their eyesight checked properly at the point they are given their licence, and who aren’t tested at regular intervals over their driving career to ensure that are safe to continue driving.”

In 2011, an elderly driver who failed a sight test killed teenager Cassie McCord. Following the 16-year-old’s death, Cassie’s mother campaigned for a change in the law to allow police officers to strip drivers of their licence if they fail a roadside sight test. As a result, Cassie’s Law was introduced in 2013.

Since 2013, more than 600 drivers have had their driving licences revoked after failing an on-the-spot vision test.

Currently, drivers are only required to read a number plate from 20 metres away, with or without spectacles, as part of the main driving test. With this being performed by a driving examiner, rather than an optometrist, drivers can then potentially drive for the rest of their lives without having to undergo a professionally performed sight test.

Responding to this, Mr Corbett added: “It is ludicrous that, despite knowing sight worsens with age, a driver passing their test at 17 can drive with their vision unchallenged for the rest of their driving life.”

Other legislation that the Think about your eyes campaign calls for is a spare pair of spectacles to be kept in the vehicle by driver who require vision correction – something that is enforced in France, Spain and Switzerland.

In addition, the campaign highlights the distinction between Group 1 and Group 2 drivers, comprising lorry and bus drivers, and encourages employers to take on an increased responsibility for employees safety on the road.

“Employers have a duty of care to ensure employees driving on their behalf have appropriate medical assessment of their capability to drive,” Mr Corbett said, adding: “Therefore, it is advisable that companies that offer company cars and allowances have corporate eye care contracts.”

Essilor’s campaign is supported by MP Mark Bradshow, Cabinet lead for Transport, as well as the Royal Society for the Prevention of Accidents (ROSPA), the Institute of Advanced Motorists, Bristol University and Bristol City RFC.