A triptych of eyewear

Founder of Cubitts, Tom Broughton, tells OT  how his glasses are an extension of his personality

How many pairs of sunglasses do you own?

I currently have two pairs of spectacles and one pair of sunglasses – a triptych. The spectacles are both from the Cubitts range and the sunglasses I made myself, which is why they’re slightly wonky.

The ones I’m wearing as I type this are called ‘Cruikshank.’ Cubitts released them in October. I particularly enjoy the paddle or blade side, which grasp around your head, rather than over your ears. They’re made from a solid 6mm front and 4mm side, with a keyhole bridge. I’m not sure if I’m wearing them, or they’re wearing me. 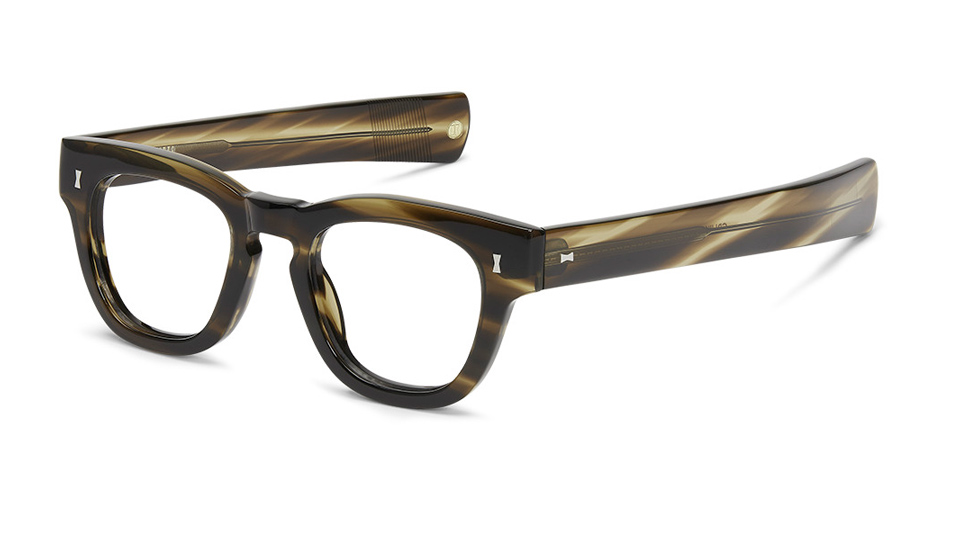 ‘Cruickshank’ in olive by Cubitts

What frame shapes, colours or styles do you usually go for?

Invariably a darker colour, but rarely black, in an interesting shape. I like classics. Simple shapes, beautifully made, without unnecessary design or adornment. As Ernö Goldfinger once put it, ‘jazzy knobs collect dust.’

I’d say an influential architect, because of what their spectacles enabled them to do. Edwin Lutyens perhaps, for his classic windsors. Or Le Corbusier or Philip Johnson, for their magnificent deep round-eyes. If I had to pick from the pool of celebrities, I’d say an existing Cubitts wearers – Steve Coogan, Madonna, PT Anderson or Jamie Oliver?

People spend years contemplating the design of a tiny hidden tattoo, so why shouldn’t they meticulously consider their spectacles?

I started wearing spectacles in my teens and my eyesight quickly deteriorated. It hasn’t really changed much since I was about 18 though. I’m around -4.00 with a slight astigmatism. I think it was probably from squinting at a blackboard.

Good grief, no. I couldn’t bring myself to.

How important is eyewear in reflecting your personality?

Enormously so. A pair of spectacles sits in the middle of my face, defines how I see and how I’m seen. It’s a hugely important part of who I am and an extension of me. People spend years contemplating the design of a tiny hidden tattoo, so why shouldn’t they meticulously consider their spectacles?