Collaboration to enhance optometry education in Europe and beyond 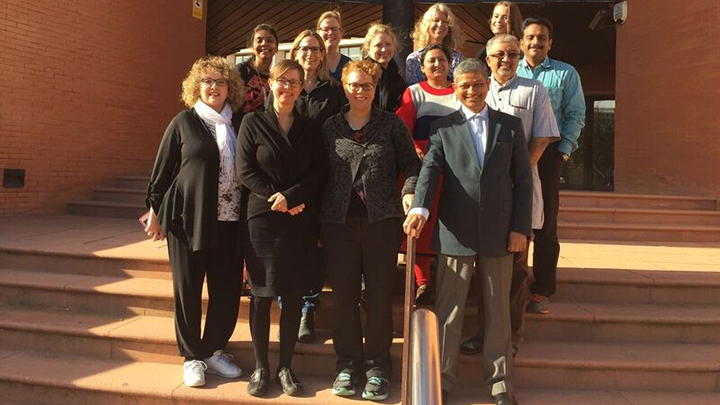 Researchers from City, University of London are collaborating with optometry schools internationally to enhance optometric education.

Working with schools in the UK, Norway, Spain, the Netherlands, Israel and India, the OCULUS consortium aims to reform optometry curricula and to introduce evidence-based practice.

The aim is to bring optometry education in partner institutions in line with the high standards set by the European Council of Optometry and Optics.

The City team includes Dr Catherine Suttle, Dr Byki Huntjens and Professor John Lawrenson from the Division of Optometry and Visual Science, who are working with three institutions in India, three in Israel and four in Europe.

With their partners, they are developing content and teaching strategies with the eventual aim that the non-European partners will obtain the gold standard European Diploma in Optometry (DipE).

The project also aims to bring innovations to optometric education, enhancing the standard even further beyond DipE.

The OCULUS consortium believes that the majority of blindness and vision impairment can be avoided by good eye and vision care and in many regions optometrists are the primary providers of this service. It is hoped that through reforming the curricula, new graduates from the partner institutions will be equipped with the skills to help prevent the onset of such visual disorders.

Dr Suttle explained: “This will mean greater employability and job mobility for graduates, and better trained optometrists paving the way for a reduction in blindness and vision impairment.”

The organisations will ensure that OCULUS results are distributed globally for maximum impact.