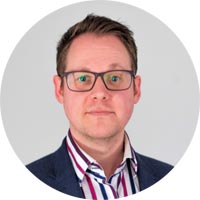 Head of clinical and regulatory

Henry is the head of clinical and regulatory at the Association of Optometrists.

Since qualifying as an optometrist, Henry has worked in a variety of clinical settings, including independent opticians, small groups and large multiples. He is an active member of his Local Optical Committee (LOC), serving as clinical governance lead for Buckinghamshire, and continues to work regularly in community practice.

In his role as head of clinical and regulatory at the AOP, he provides tailored advice to individual optometrists throughout the UK, and is involved in drafting clinical and regulatory guidance for the wider membership. Since joining the AOP in 2015, he has provided over 300 clinical opinions to assist the AOP’s legal team in representing and defending practitioners who are the subject of employment, NHS or GOC investigations, and in respect of civil claims.

Henry also acts as a media spokesperson for the AOP, and has been interviewed on live national television for BBC News and Sky News, and on multiple national and local radio stations on a range of topics including driving and vision, children’s eyecare and how smoking affects eye health. He has appeared in local and national print media, features regularly within the optical press, and has attended parliamentary roundtable events, giving presentations to MPs on vision and driving.

Henry has an interest in software development; most recently he developed the AOP’s GOS audit tool, allowing contractors in England to audit their NHS claiming to identify areas where they may be vulnerable to reclaims following an audit. Henry also represents the AOP on the Information and IT committee and the NHS England Transforming eye care for people with learning disabilities project.

Henry has also been involved in charity work; he is a current trustee of the Optical Benevolent Fund and has previously travelled to Tibet to help set up an optometry clinic in the remote town of Yushu on behalf of ROKPA, a medical charity working in Tibet, Nepal and Zimbabwe.