Optometrist and ophthalmic consultant at PCSE, Katrina Venerus, discusses the development of PCSE online and how the transition has been welcomed 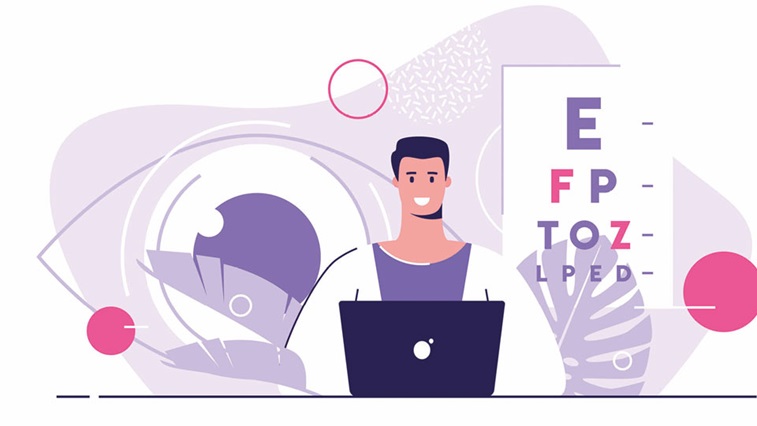 01 In 2015, Capita was named the successful bidder in a procurement exercise to secure a national provider of primary care support services for NHS England, with the contract starting in September that year.

Among the primary care support services that it would be responsible for delivering were payments to optical practices for General Ophthalmic Services (GOS) claims, the distribution and supply of GOS forms, and the administration of the Performers List, including applications and management.

The vision that NHS England had for the procurement was to transform locally managed operations into a modern, efficient and customer-focused service. Through the bidding process, Primary Care Support England (PCSE) pledged to deliver that vision for NHS England. The strategy included the consolidation the 40-plus offices that PCSE operated from, along with the variation in operating processes, in order to provide and deliver a standardised process so the customer received a consistent experience.

At the time there were around 18 million hand-filled forms being sent to PCSE every year. Therefore, there was also a commitment to invest in new IT and to move services online in order to minimise paper use by service users and reduce manual entry by PCSE staff themselves. The paperless agenda was a key part of the bid.

02 Developing PCSE online aimed to provide a more efficient way for opticians to submit GOS claims, as well as to track and manage claims thereafter.

From a practice perspective, one of the biggest benefits of moving online is that it removes the margin for error. With paper forms, practices can spend a significant amount of time dealing with rejected claims that have not been fully completed, or in which the data given makes it invalid as there is a mistake. With paper forms, this claim would be sent off, processed by PCSE staff, rejected and returned to the practice to correct. Regardless of how diligent staff are, pretty much every practice will end up with rejected claims to various degrees using this method.

Through PCSE online, which was launched in October 2019, as you enter the information, it is validated so if there is a mistake, the user is alerted to this as they go and is not allowed to continue until it’s correct. Therefore, they won’t ever receive a return for a rejected claim again.

From PCSE’s perspective, the paper form process is also open to human error and variation due to manual keying of information too. Eliminating this margin for error adds consistency and efficiency to the service that is provided.

Another huge positive for practices when they start using the transformed solution is the level of detail provided in online statements which makes reconciliation of payments very straightforward.

03 In developing PCSE online, the organisation was given a brief from NHS England that was to provide a transformed service solution.

However, it was recognised very early on that it wasn’t just down to understanding the regulatory and contractual requirements of NHS England. It was also important to understand the needs of end user, opticians. Consequently, PCSE worked with representatives from the optical sector to identify what the pain points of the current system were, which included not being paid accurately and not understanding the breakdown of payments that were made.

As the project developed various groups were formed with a stakeholder community including representatives from optical organisations such as the AOP, Local Optical Committee Support Unit and the College of Optometrists. Through a core user group, PCSE also brought together the sector’s main practice manager software (PMS) suppliers, as well as representatives from the independent sector and larger chains in order to understand their modes of working systems and to take them on the journey of how the system would be developed.

Throughout the development of the new system, stakeholders were given demonstrations to ensure that early iterations of the evolving portal were correct and user acceptance testing with key people in the sector took place. Some of the feedback received from these groups was really important and was actioned.

Our data shows that around 10% of opticians do not have a PMS and are not part of a multiple. Of this 10%, we anticipate that 90% will move to submitting claims electronically via PCSE online

04 PCSE had to make sure that the online system reflected as many different types of practice as possible. As a result, there were a couple of false starts when the project was moving towards launch and was then pulled back. This was the right thing to do as it was recognised that there was more to be done to ensure that the system was right.

Delays did, of course, create some frustrations, especially with PMS providers who had to change development paths. However, overall, it meant that PCSE reached the point of launch where it was the right product for all those involved.

Since its launch, the system’s early adopters have submitted over 35,000 claims, which have been processed electronically. Many PMS suppliers have rolled out eGOS, which enables claims to be submitted electronically from the practice system to PCSE, or are in pilot phases, and some multiples are live with their new systems too. All major chains are also in development and pilot phases.

PCSE has created a range of support materials for all users of the system including independents who don’t have a PMS and want to move to the online system. Our data shows that around 10% of opticians do not have a PMS and are not part of a multiple. Of this 10%, we anticipate that 90% will move to submitting claims electronically via PCSE online. All of our users are reporting good business and commercial benefits from making the move.

05 Overall, feedback has been positive. We have been told that the system is intuitive, easy to use and time-saving – that is what we were setting out to achieve.

In 2020, it is now about supporting the trajectory of usage to grow.