"It was difficult to get to this point"

Head of eye care at SeeAbility, Laura Christie, discusses the charity’s 15-year journey to improving eye care for those with learning disabilities and securing NHS England support for a new sight testing service in all special schools across England

01 Back in 2005, as a charity we realised that people were increasingly coming to us to access our social care services and support for living with sight loss.

Consequently, we questioned why we were seeing so many people with learning disabilities who were losing their sight. Through various projects that we had going on around England, we began to look at what barriers there were for people accessing eye care and it transpired that, for example, there was no easy read or accessible information for people to access about having a sight test or looking after your glasses, and a lack of awareness that sight tests are possible for everyone. We started creating accessible eye care information that is freely available on our website and saw ourselves as the people who could join up the eye care and learning disability sectors and help to change this inequality.

From that point onwards, SeeAbility began repetitively saying that people with learning disabilities are much more likely to have serious sight problems, eye care is really important, and everyone has the right to access eye care. Over the last 15 years we haven’t stopped saying that.

During these investigations, there was a lightbulb moment when we realised that to fix this problem forever, children with learning disabilities had to be given access to great eye care early on to identify and treat sight problems early, and they would then get used to accessing it thereafter.

In 2013, we reported that children with learning disabilities are 28 times more likely to have serious sight problems and launched our Children in focus campaign that aimed to get eye care right for the next generation.

Fundraising, paired with a grant from the Department of Health, allowed us to recruit a clinical team who could deliver sight tests and dispense spectacles in a total of 11 special schools across England.

Essentially, we presented NHS England with evidence that documented the unmet eye care need of children with learning disabilities, told them what the solution was and asked them what they were going to do about it

02 Every year since 2013, SeeAbility has written a report documenting our findings from the eye care that we have provided in these special schools across England with the support of Dr Maggie Woodhouse from Cardiff University’s optometry department.

Through this service, we have found that around half of these children – we have tested over 1500 children now – have a problem with their vision. Well over four in 10 had never even accessed eye care before. We prescribe and dispense glasses to around 30% of them.

In 2015, we brought all of the eye care professional bodies together and established a working group that could create and agree a framework of eye care in special schools in England. This framework was based on the model of eye care and dispensing that we were delivering in those 11 schools as well as the work of others, including Dr Woodhouse’s work in special schools in Wales.

Developing a framework was an important step as it meant that the sector agreed on what was required and how. From there we knew we needed to go directly to NHS England to speak to them about the development of a national eye care programme for children in special schools. Essentially, we presented NHS England with evidence that documented the unmet eye care need of children with learning disabilities, told them what the solution was and asked them what they were going to do about it. 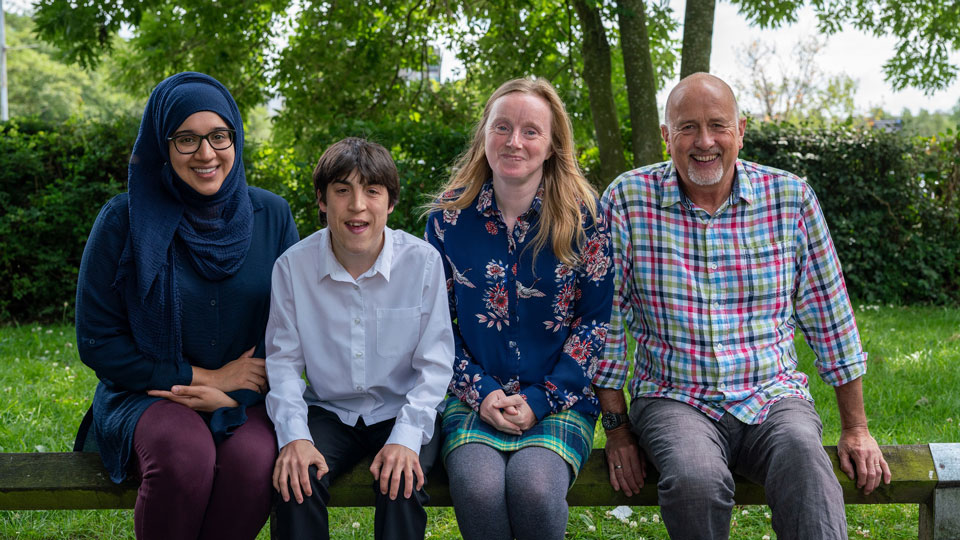 03 Today, our project is still funded to test children in a cluster of schools in London until the programme is rolled out, but it was difficult to get to this point.

As a charity, we have invested a lot of our time and resources over the years and we have developed a service that best meets the needs of the children and the schools – we only see six to eight children per day. We are giving a lot of time to these children in order to provide them with the eye test they need. Our desire is that once there is a national contract established, we will be there to demonstrate best practice and provide an opportunity for interested eye care professionals to shadow and learn from our eye care team. We have a group of clinicians who have so much on the job experience that you can’t learn from a book. The schools are so proud to have us there, the parents think it is wonderful to have such a service in school, and we have changed the lives of so many children who can now see their world better and access their education.

04 2018 was a breakthrough year for this campaign.

In launching our annual report, we decided to go big about these children deserving an equal right to sight. It gained and generated a huge amount of press interest. At the same time, NHS England appointed a programme manager to the plan, Richard Everitt, and he has driven it forward with huge enthusiasm since then.

Coinciding with this, we were successful in securing eye care in special schools a mention in the NHS long-term plan, which felt amazing. To tie in with the announcement of the long-term plan, SeeAbility had a desire to publish all of our findings. Every year we crunched the numbers and released a report and it became the largest study of its kind from this cohort of children. Getting it published was hard, but now that it has been it means our work can be referenced academically.

We have been talking about the establishment of this programme for so long and have stayed true to our values to be brave, passionate, creative and to do the right thing, and have been successful in making this happen

05 2020, coincidentally being termed ‘The Year of Vision’ by many in the sector, marks the year for a planned roll out of sight testing in all special schools in England, which is something we have been striving for since the beginning.

While the programme will begin rolling out this year, it will take a number of years to reach all schools. Some early adopter schools have already been identified by NHS England who are keen to launch and are ready to begin recruiting eye care teams in those areas. Currently, the NHS England project group, which includes the AOP, is looking at the top up training that everyone will need, but we are nearly there and SeeAbility continues to be committed to making it a success. It’s been fantastic to work with so many professionals and policymakers who share that commitment. It really shows that when you put the patient at the heart of the work and work collaboratively, great things can happen.

We have been talking about the establishment of this programme for so long and have stayed true to SeeAbility’s values to be brave, passionate, creative and to do the right thing, and have been successful in our role in making this happen.

For more information or to receive updates on the programme, visit the SeeAbility website.