The AOP has created a public eye health awareness campaign that challenges people to think more about their eye health, explains Vicky Vine

In the AOP’s last two major member benefits surveys, in 2014 and 2018, educating the public about eye health featured in the top two priorities that members felt the AOP should be focusing on.

Since the 2014 survey, the AOP has developed advice and support for patients on how to look after their eyesight and manage eye conditions. This support comes in the form of 20 patient leaflets (and counting), practice posters, 60-second advice videos, stickers, blogs and more. Statistics and feedback tells us that these resources are widely downloaded, used and valued by members.

In 2017, we were approached by a production company with whom we regularly work. They told us about an opportunity to develop a syndicated television advertisement on Sky Adsmart that members could tailor to their practice, paying only for the associated media.

We reached out to independent practice owning and managing members with the idea, and, while many of them liked it, they felt the cost was prohibitive to a small practice. However, 70% of respondents said that they felt the AOP should be investing in television advertising to promote the importance of eye health to the public. As a result of this research, the AOP Board approved a small pilot campaign, which launched on 3 October.

Asked the question, 'which sense would you most fear losing,' people respond overwhelmingly with ‘sight’

The requirement for the campaign was to create a positive public eye health awareness piece, and the challenge was to make people start to think more about their eye health. If asked the question, 'which sense would you most fear losing,' people respond overwhelmingly with 'sight.' Yet people rarely consider their eye health until they perceive that they have a problem, and in some cases that can be too late.

How could we encourage a similar shift in public thinking about eye health, moving from a reactive to a pro-active mindset? We chose an approach that focused on what people would miss if they lost their sight, aligning the value of good eye health with the significance of regular sight tests. 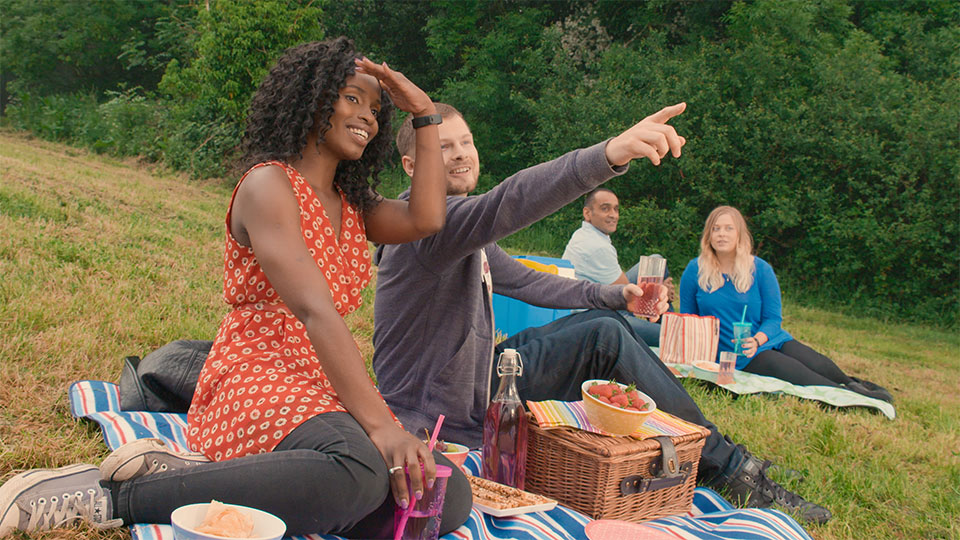 Our 30-second commercial features cherished moments when someone’s sight would be most valued: seeing a beautiful landscape; a groom seeing his bride when she lifts the veil for the first time; and a grandfather watching his granddaughter play in a football match. We then distort the images visually, as someone with diabetic retinopathy (in the football scene) or glaucoma (in the picnic and wedding scenes) could possibly see them, denying the viewer the moment in full and creating the sense that they are missing out. Taking a positive approach, we then show these moments in their entirety after the importance of sight tests has been explained. The video finishes with the positive call to action to ‘celebrate your sight.’

The AOP has partnered with eye research charity, Fight for Sight, for the campaign, and the advertisement features the charity’s calculation of avoidable sight loss in the UK.

We were delighted to feature TV presenter and author Konnie Huq as the voice for our campaign. She is a parent, and as it is still mums who take the lead for the family’s health we wanted to reach out to them in particular.

In 2018, Celebrate your sight will run as a pilot campaign in 250 postcode areas on SkyAdsmart, supported by a small amount of national coverage on ITV Hub and Facebook, pre-dominantly targeting female viewers aged 25–55. The AOP is working with a handful of independent member practices to gather statistical information pre- and post-campaign to support the rollout of the campaign in future years.