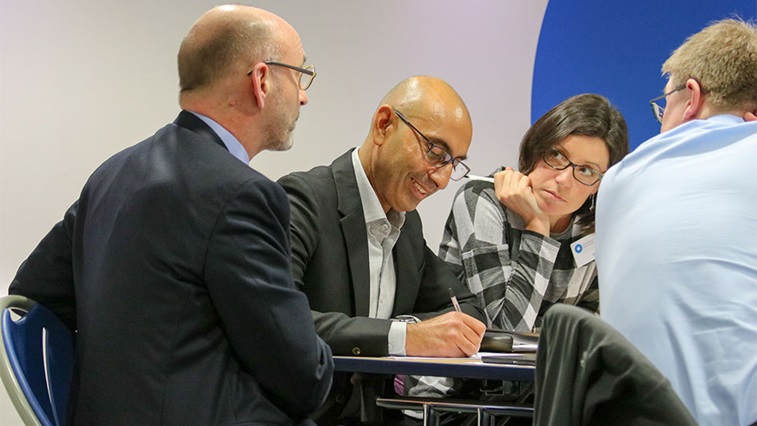 The General Optical Council (GOC) has called for all businesses carrying out restricted functions to be registered with the optical regulator.

The stance was outlined by the GOC’s director of strategy, Alistair Bridge, and standards manager, Natalie Heppenstall, at the AOP’s latest council meeting (14 March, London).

At present, there is no requirement for optical businesses to be registered with the GOC, but the optical regulator is seeking legislative change to address this.

Non-registered businesses will be strongly encouraged to comply with the GOC’s Standards for Optical Businesses, which will replace the existing code of practice for business registrants.

The standards are in a draft form at present, with a public consultation scheduled to run between the end of April and June this year.

Mr Bridge emphasised that the new standards will give business registrants more detail about their obligations.

“It’s designed to support businesses so they know what’s required and it is easier to comply,” he added.

This is thought to cover between 70 and 75% of the market because all of the multiples are registered with the optical regulator.

Several questions were raised about how the GOC makes sure that the burden of fitness to practise (FTP) cases is fairly apportioned between businesses and individual registrants.

One councillor observed that a quick analysis of FTP cases online revealed far more cases against individuals than businesses.

“It feels like it’s still a case of the practitioner being left holding the bag,” he shared.

Mr Bridge responded: “Hopefully developing these standards is evidence of the fact that we are taking seriously the responsibility of the business too.”

AOP academic councillor, Will Holmes, updated councillors about a consultation on draft principles for the GOC’s Education Strategic Review.

As part of a discussion on learning outcomes, Mr Holmes said that in his view the current approach to educating optometry students is too prescriptive.

“It takes the attention away from learning because there is too much box ticking,” he added.

One councillor highlighted that the job of an optometrist is changing all the time and the learning outcomes will need to take this into account.

Mr Holmes responded: “I think one of the ironies of the technology debate is that one of the ways we help students to cope is to teach them the core principles.”

“I’m not suggesting optometry should become a core science degree, but a large part of future proofing is teaching the basics,” he added.

The campaign has previously featured resource packs, a comic strip, the consumer lifestyle magazine Vista, an infomercial that was screening in GP waiting rooms and a Royal Mail postmark.

Research conducted following the 2017 campaign estimated that the campaign prompted 3.8 million people to book a sight test, while 2.1 million people said they would consider making changes to their lifestyle.

Mr Warburton explained that while NHS England have announced that funding will not be made available this financial year, there are plans for a programme board to be established to continue work on a wider connectivity project.

Updates on education and training for non-registered roles as well as the AOP workforce survey were also provided at the meeting.

Councillors were given the chance to have their say on these topics through workshop sessions within the meeting.