Who’s got your back?

Last year around one in four members phoned to seek advice from the AOP's in-house legal and regulatory experts. Many of those queries were dealt with in just a few days or weeks. Others, particularly those involving a General Optical Council (GOC) investigation, may take several years to resolve.

From time-to-time, the legal team passes on short but heartfelt testimonials from members, expressing thanks for the support that they were given by an AOP solicitor. These messages of appreciation are useful endorsements of our work, but they also offer glimpses into how our legal team become relied-upon.

Confidentiality is paramount, so we do not hear the details of members’ stories, and only have access to the sterile facts and statistics about these cases. Members who have endured a GOC investigation are understandably keen to leave it behind once it’s all over.

But the stories of the members who find themselves at the sharp end of such an investigation are devastatingly real. With our Who’s got your back? campaign, we wanted to find a way to allow members to tell their stories anonymously, and to spotlight the vital work of the AOP's legal team.

"I was struck by how profoundly thankful each of them were to have had the ‘unwavering,’ ‘phenomenal,’ and ‘tremendous’ support of the AOP legal team"

I spoke to several members who practise in varied locations and fields, and arrived at a GOC Fitness to Practise investigation for different reasons. Yet they had much in common; a seemingly everyday decision, which had unforeseeable consequences. They are experienced optometrists who have excellent reputations in their local communities. I was struck by how profoundly thankful each of them were to have had the ‘unwavering,’ ‘phenomenal,’ and ‘tremendous’ support of the AOP legal team.

The annual cost of AOP membership (£595 per year for full UK membership) is dwarfed by what it would cost a member to pay for their own solicitor, legal defence and representation. But that purely economic analysis doesn’t take into account the depth and range of expertise available to all of our members. Each and every member can count on us to advise and defend them as individuals, no matter who they work for. We have our members’ backs for every query, every investigation, every time. 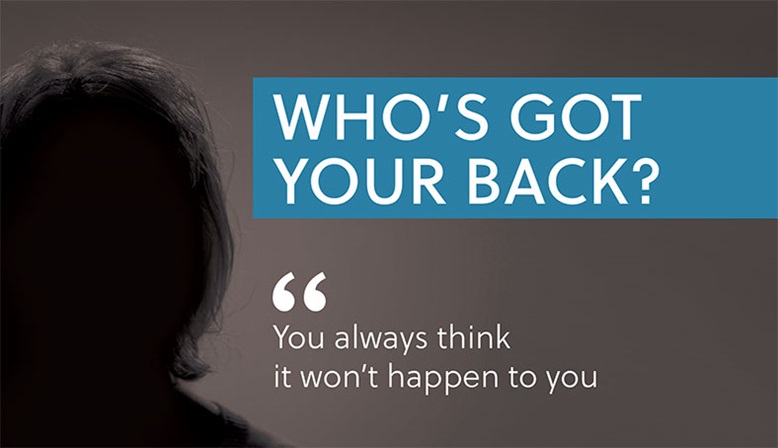 Two optometrists share their stories about the stress of dealing with a GOC investigation and how the AOP’s legal team helped them through it...

I’ve been a member of the AOP since I qualified as an optometrist, which is about 25 years now. The claim against me was made by a former employer who I’d worked a very long time for. He claimed that I’d been dishonest in the way that I was paid.

Getting that letter through the post is one of the worst things I’ve ever experienced. You want to scream and shout because it’s not fair, it’s not true. But this case has come against you and you have to fight.

“You want to scream and shout because it's not fair, it's not true. But this case has come against you and you have to fight"

You feel embarrassed, ashamed. It’s just horrible. I think if you are somebody who tries to be a good optometrist, to have something like that come through the post is utterly devastating.

The support from the AOP was tremendous right from the word go. Once I contacted them, I came down to the AOP offices and had a four-hour meeting with the senior solicitor, Ella Power, and her legal team.

The support I got from the AOP and Ella was second to none. She was always on the other end of the phone, or on the end of an email. Her knowledge and her skill in previous work that she’d done really helped because it was a very difficult case.

Anything that was sent to me was also sent to Ella, so she knew what was coming. Sometimes she would phone me, pre-empting my call, because she knew it would shake me.

The AOP didn't leave a stone unturned. They tackled this case 100% from the moment I went to see Ella. I’m really glad they were on my team.

Due to the absolute expertise and diligence of my AOP team, the case went into submission after the first week and it got slung out with no case to answer. Ultimately, if it had gone the wrong way, I might not be an optometrist anymore, which would have been catastrophic for me.

I cannot shout loudly enough about how fantastic the AOP was. The legal team was phenomenal in its support, in its expertise, in its knowledge, and in its unwavering help.

I think it’s really, really important to share the story of what happened to me because it could happen to any practising optometrist. 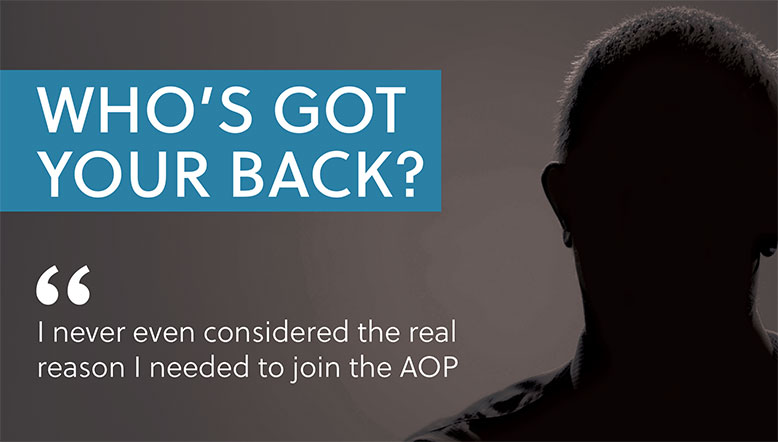 I became an AOP member when I first qualified, which is nearly 15 years ago. Receiving the letter from the GOC in the post will go down as the worst day of my life. Realising that you have made a mistake is the worst feeling you could ever go through as a professional. I sat there, I cried, I went home and then I rang the AOP.

I left a message on an answering machine and within about 30 minutes I had got a telephone call from a member of the legal team. I was assigned my solicitor, Ella Power, and from then on Ella and I had a close relationship regarding the case.

I joined the AOP because I needed professional indemnity insurance. I never even considered the reason why I really needed to join the AOP, and that was for the legal support.

My case ended up going on for a period of two and half years from the initial receipt of the GOC complaint letter through to my final Fitness to Practise committee hearing.

There were five allegations made against me. I pleaded guilty to one of those allegations. The other four allegations were not proven against me. Without the AOP, and the support of Ella and the barrister appointed by the AOP, I think I would’ve been in a much worse situation.

"I sat there, I cried, I went home and then I rang the AOP"

The GOC decided to give me a warning and found that I was not impaired to practise.

During the Fitness to Practise hearing, it was the most humbling experience being able to read the references given by friends, colleagues and patients.

Once it was all done and dusted, the weight lifted off my shoulders almost instantly. I went home, then we went away for the weekend. I slept beautifully for the first time in two-and-a-half years.

If you’re involved in an investigation, or a complaint has been made against you, the only organisation you would want by your side is the AOP.