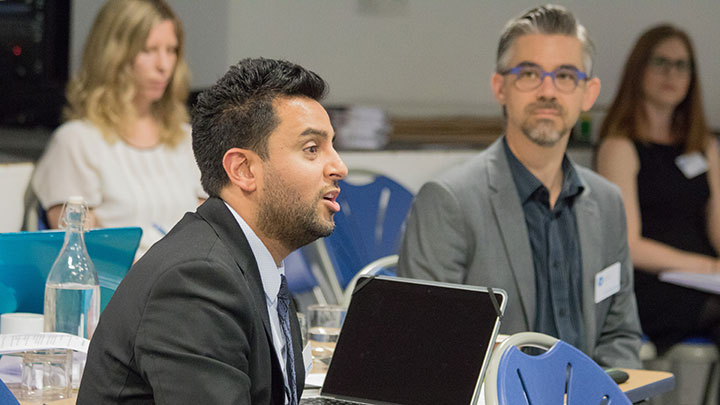 Councillors considered the Association of Optometrists’ position statement and guidance on driving and vision at the AOP Council meeting (7 June).

The AOP’s position statement contends that the present UK system, which relies on self-reporting and an initial number plate test, is inadequate to protect the public. It calls for vision screening to be introduced as a legal requirement for drivers at least every 10 years, alongside the recommended sight tests every two years for all patients.

The AOP argues against making it mandatory for optometrists to report a patient to the Driver and Vehicle Licensing Agency if their vision falls below the required standard for driving.

AOP Board member, Dr Julie-Anne Little, delivered a presentation detailing the evidence and regulatory background to the position statement.

She contrasted the approach taken in the UK to vision and driving with regulatory requirements in Europe.

The General Optical Council’s (GOC) director of strategy, Alistair Bridge, and Education Strategic Review project director, Claire Herbert, presented the findings of a call for evidence on its overhaul of optometric education at the meeting.

The review aims to ensure that qualifications leading to GOC registration equip students with the right skill set as technological change and the increasing prevalence of enhanced services alters the landscape of the profession.

The GOC received 55 responses on their call for evidence on the Education Strategic Review.

Mr Bridge emphasised: “Exactly what the future holds is uncertain but I think we now have a sense of the direction of travel.”

He highlighted that the Education Strategic Review was something the GOC were taking very seriously.

“I think the fact that this is one of our three strategic objectives really reflects the level of commitment. We want to make sure that the system is fit for purpose well into the future,” he elaborated.

The GOC would continue to engage with stakeholders over the course of the review, Mr Bridge added.

The Council meeting was the first for new regional Councillors appointed through the election held in April.

AOP Chief Executive, Henrietta Alderman, presented an overview of recent AOP activity and plans for the future, while the Association’s Policy Director, Kathy Jones, discussed the role of Councillors and introduced the revised Councillor handbook.

Later in the meeting, Gordon Ilett and Dr Julie Anne-Little were elected to the AOP Board.

There were nine nominations for the two positions. The Board comprises five Council members, two non-Council members and two non-optometrists.

The next AOP Council meeting will be held on Wednesday, 25 October at the Association’s London offices.