Ahead of 100% Optical this weekend, OT  shares highlights from the education programme and the exhibition floor that should not be missed

100% Optical's education programme will open with a partially live version of the AOP's popular legal video, On the record: a complaint has been made

Hosted on the main stage on the first day of the three-day show from 11.15am to 12.15pm, practitioners will be shown part of the 45-minute video, which explores what happens when a practice learns from the General Optical Council that a complaint has been made.

The CET-accredited video was released to AOP members last summer, with around 1200 practitioners taking the exam.

To emphasise how the AOP can support members who find themselves in this situation, the Association's director of legal services, Gerda Goldinger, and deputy head of legal services, Fiona Mitchell, will be on stage to dissect the scenario and discuss how practices can prevent it happening to them. Delegates will then take part in a live Q&A with the legal duo.

Also taking to the main stage during the show is Moorfields consultant Dr Pearse Keane, who is a member of the Fight for Sight Speaker Network and will discuss Binocular OCT – reinventing the eye examination (6 February, 3–4pm).

Sharing details of his CET-accredited lecture with OT, Dr Keane explained that he will discuss the two ways in which he believes eye examinations will “fundamentally change” over the next few years.

In terms of the hardware, Dr Keane predicts that optical coherence tomography (OCT) will play a much more prominent role in eye examinations going forward. “Optometrists in the community are increasingly using OCT, and I think that trend will mushroom,” he explained, adding that: “We are already performing around 3000 OCT scans a week at Moorfields.”

However, increased usage of this technology has implications on hospital resources and, as a result, Dr Keane is leading on the development of a binocular OCT device that is able to capture the whole of the eye, both anterior and posterior.

Explaining its benefits, Dr Keane said that, if successful, patients would be able to take their own scan without the support of a photographer, bypassing what is sometimes a lengthy waiting time for a quick procedure.

Yet with so many scans being taken, Dr Keane emphasised that software must be developed in order to analyse the data. “If we are going to be scanning every area of the eye with a very high-resolution image, we are going to be producing a high level of advanced data and will need advanced software to make sense of it,” he said.

For Dr Keane, the answer could be provided by artificial intelligence (AI), something that he is investigating through Moorfields’ partnership with Google’s technology arm, DeepMind, which aims to explore how an AI system could be built to detect the early signs of eye conditions that could be missed by practitioners.

Dr Keane concluded: “Ultimately, I think that the way in which we examine eyes in the next two years is going to change. We are at a tipping point in the profession where advances in new technology, such as AI, will fundamentally change the way in which we practice.”

“Last year’s show proved to us that British independent eyewear has huge potential in the UK, and beyond. London is our home town, and while we are on our own turf, where and when better than to launch our amazing new collections”

Crossing to the lens stage, which will offer contact lens-related education on the opening day of the show, Contamac’s professional services consultant, Martin Conway, will aim to demystify the materials that are used to make contact lenses.

“Contact lens materials can be a grey area for most practitioners,” Mr Conway said, admitting that it was the same for him until he joined Contamac six years ago.

Explaining why it is important for practitioners to understand more about materials, Mr Conway told OT: “The world of materials is becoming like soap powder and shampoo, with lots of pseudo-chemical names emerging that we don’t understand and will later realise that are in all of them.”

“[Practitioners] don’t have to understand it in the same way our pharmaceutical PhD students do, but they really should know the basics in order to understand what they are being told by manufacturers, otherwise marketers can just spin them any yarn,” he added.

The talk will cover everything from poly methyl methacrylate and rigid gas permeable lenses, to present-day sclerals and hydrogels. He will also look to future material developments in the pipeline. “I will take out the jargon and discuss the topic in very simple, understandable language,” he stressed.

Reflecting on the CET-accredited lecture, Mr Conway said: “I can’t say that there is one takeaway point; I think people in the room will pick up on different things that mean something to them.”

“One practitioner has been to the talk a couple of times and says that he always learns something new,” he added.

"We are at a tipping point in the profession where advances in new technology, such as artificial intelligence, will fundamentally change the way in which we practice"

Returning to the Eyewear Hub after a successful first year at the show in 2016 is British brand Booth & Bruce, who will showcase the second collection of its sunglasses range, ‘SUN.’

Having introduced the first collection at 100% Optical in 2016, this year’s launch will be exclusive to the show, with six new models introduced. The company will also launch new models in its ‘Here and Now’ optical collection, introducing a new acetate style to the range.

Speaking about exhibiting at the show, co-owner and designer, Peter Booth, told OT: “Last year’s show proved to us that British independent eyewear has huge potential in the UK and beyond. London is our home town, and while we are on our own turf, where and when would be better than to launch our amazing new collections.”

Also returning to 100% Optical is Heidelberg Engineering, which will showcase its Spectralis Imaging Platform.

Described by Heidelberg as a device that provides the optometrist with all of “the tools they need to improve patient care,” the platform includes infrared fundus imaging with simultaneous OCT. However, the multi-modality imaging device is expandable, meaning practices have a variety of upgrade options available, as and when required.

Based in the Equipment and Machinery Hub, Heidelberg’s director of clinical services, Christopher Mody, will be on hand throughout the show to support practitioners with any clinical enquires. He will also deliver a live OCT workshop from the hub’s education stage on the first day of the show (4 February, 12.45pm).

During the session, practitioners will be guided through the patient journey, from scanning real patients live, to interpreting the images and making a decision on patient management.

To register and book on to the education programme at 100% Optical, visit the website. 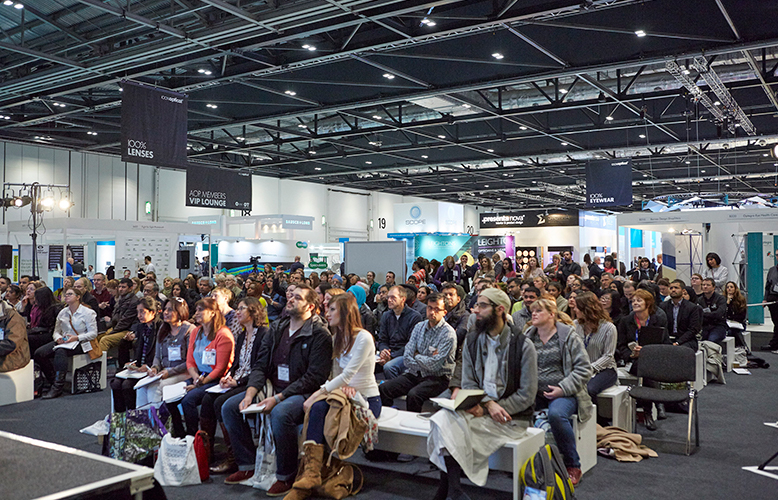 Why should pre-reg optometrists attend the AOP’s bootcamp session delivered by you and colleague Anna Kwartz at 100% Optical?

During our session we will present images and clinical data to delegates that they will be asked to discuss in small groups. This is intended to arm them with the skills they require to interpret clinical information and develop the ability to formulate an appropriate investigation and management process.

What will those who attend take away from the session?

Delegates should leave the talk with a much better appreciation of the importance of data interpretation in ocular pathology.

What is the secret of a successful pre-reg year?

It comes down to looking carefully at the Assessment Framework documents and being aware of exactly what the assessments will involve.

What three top tips would you give to pre-reg optometrists to help them survive the pre-reg period?

How should pre-regs best prepare for the Objective Structured Clinical Examination?

Practise your communication skills by describing various pathological and physiological conditions to lay-people would be a very useful revision tool. I would also suggest that pre-regs make sure they can perform basic techniques, such as focimetry, keratometry, retinoscopy and ophthalmoscopy with ease.