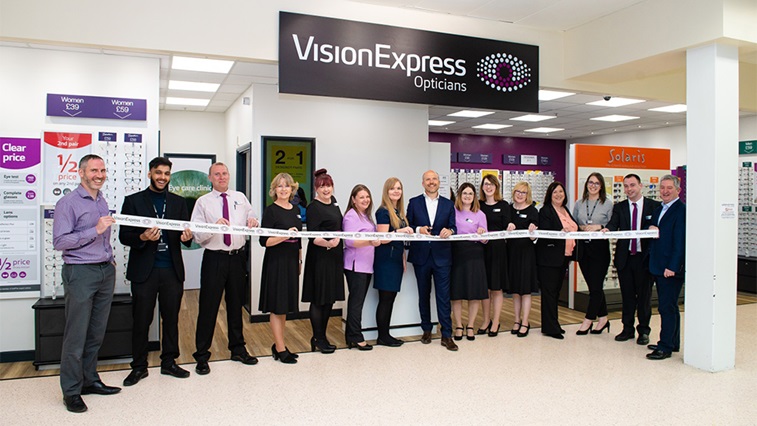 Vision Express has rebranded its final practices within Tesco after opening more than 10 stores a week across the UK and Ireland since the start of the year.

The final openings took place this week at the Tesco Extra outlets at Inshes Retail Park and Eastfield Business and Retail Park in Inverness.

As part of the rebrand of Tesco Opticians, Vision Express also opened a new practice at Tesco Extra in Liffey Valley shopping centre in Dublin.

CEO of Vision Express, Jonathan Lawson, said: “It is a momentous achievement to have opened over 200 stores in such a short period of time, and it’s been fantastic to welcome our new team members into the Vision Express family.”

“The rebrand hasn’t come without its challenges, but I am very happy, and proud, to say it’s been a huge success,” he added.

The openings at Tesco include a purple re-brand for the multiple, which is being rolled out across its portfolio.

Mr Lawson extended his thanks to the store teams, regional managers and support centre staff during the rebrand, as well as the special guests who joined the multiple at the openings.

MP for West Cornwall and the Isles of Scilly, Derek Thomas, helped cut the ribbon in Helston and revealed that he had never had his eyes tested.

“The reality is that whatever age we are, it’s important we look after our eyesight so following my visit to Vision Express, I’ve been challenged to book an eye test, which is something I’ve not previously considered,” he shared.

Representatives from the Childhood Eye Cancer Trust, Brake, the Stroke Association, Macular Society and the International Glaucoma Association have also taken part in the openings.