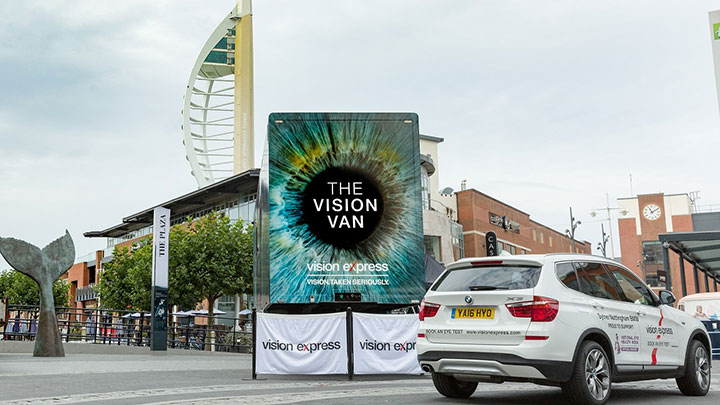 Beating off competition from the Royal Bank of Scotland, Alpha Grid and Salesforce, which all featured in the same category, the award ceremony was hosted by comedian Jimmy Carr at the Grosvenor Hotel in London on 27 April.

During NEHW in 2017, Vision Express' high-tech mobile sight testing unit, the Vision Van, toured the UK testing the sight of the public. The initiative was supported by a number of Vision Express’ charity partners, including the Macular Society, the Childhood Eye Cancer Trust, the International Glaucoma Association, the Stroke Association and Public Health England, which all joined the Vision Van on tour.

The Vision Van made stops in Portsmouth, Swindon, Swansea, Leicester and Leeds, reporting that one in seven people who received a sight test were referred for further medical attention for a range of conditions, such as squints and glaucoma.

Furthermore, over half of the people tested had an out of date spectacles prescription and a number admitted to having not had a sight test in the last five years.

Reflecting on the award, he added: "It takes a lot of hard work and commitment to get the Vision Van on the road and we're proud to be recognised in the CIM Marketing Excellence Awards."