Out of this world OCT

Following its successful launch into space, a new and upgraded Spectralis OCT by Heidelberg Engineering is being used to investigate space flight risks on vision

01 Heidelberg Engineering’s journey with NASA began in 2012 when it was approached by the agency regarding the possibility of sending an optical coherence tomography (OCT) device to the International Space Station (ISS).

Prior to approaching Heidelberg Engineering, NASA had noticed ocular changes occurring in astronauts who were involved in long duration space flights, and, as part of its ongoing investigations, it wanted to add OCT to its assessment process. 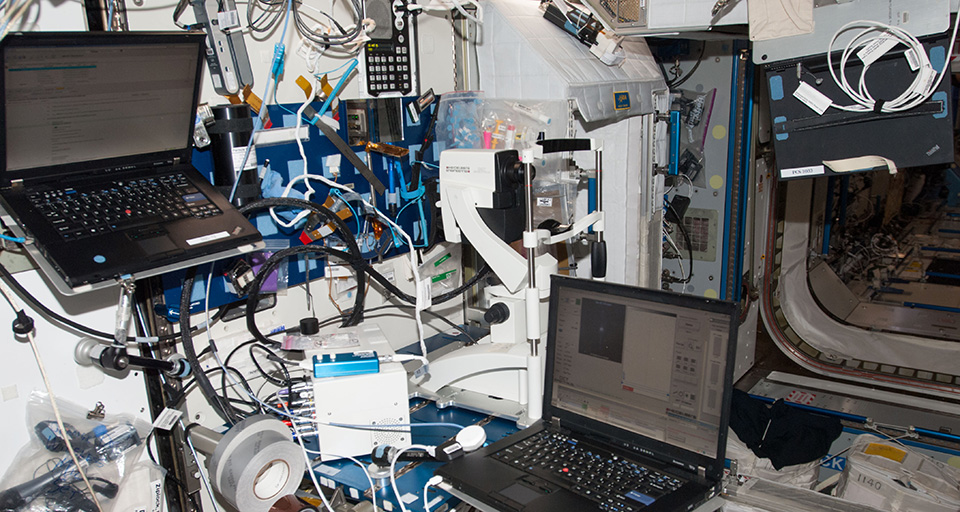 02 The assessment process that NASA uses the Spectralis OCT for begins prior to an astronaut going into space and continues during and after their flight.

The assessment involves a pre-flight clinical work-up, during which OCT images are taken. The astronauts are then tasked with imaging their eyes on a fortnightly basis throughout the duration of a mission. On their return to earth they will also go through a full clinical debrief.

NASA’s mission control has a link to the ISS. It can communicate with the astronauts when they are performing the OCT scans to ensure that they are taking and receiving the most optimal information. The astronauts, while from a broad spectrum of backgrounds, are not optical specialists and have no prior ophthalmic examination experience using OCTs or anything else. Therefore, teaching them how to carry out detailed optical examinations using the Spectralis OCT forms part of their pre-flight training.

It was determined that the Spectralis OCT would survive the launch process and would be safe to use in a space station environment, and the launch went ahead in 2014

03 Being involved in this project gives astronauts access to OCT, enabling NASA to gather a huge amount of information on a very small but unique set of patients.

OCT is used to investigate the effects of a microgravity environment on vision, including space flight associated neuro-ocular syndrome (SANS). SANS is a condition that astronauts commonly experience as a result of space flights and it is now believed to be a much more complex process than was first thought. The research is still investigating the exact cause and NASA employs the expertise of a medical retina specialist, as well as neurological experts, to work on exactly that. The reason behind all of this work is that NASA is proposing long duration space flights, potentially to Mars in the future, and wishes to minimise the risk associated to it for astronauts. Ideally, it would like to eliminate the risk, if at all possible.

04 Last year Heidelberg Engineering sent an upgrade into space that will provide astronauts using the device with access to new high-speed OCT imaging.

The upgrade package survived the launch process and has successfully reached the ISS and will be commissioned in 2019. The upgrade allows for much more rapid image acquisition and therefore NASA will be able to perform an even more detailed investigation on the astronauts. The decommissioned software will remain on the ISS. 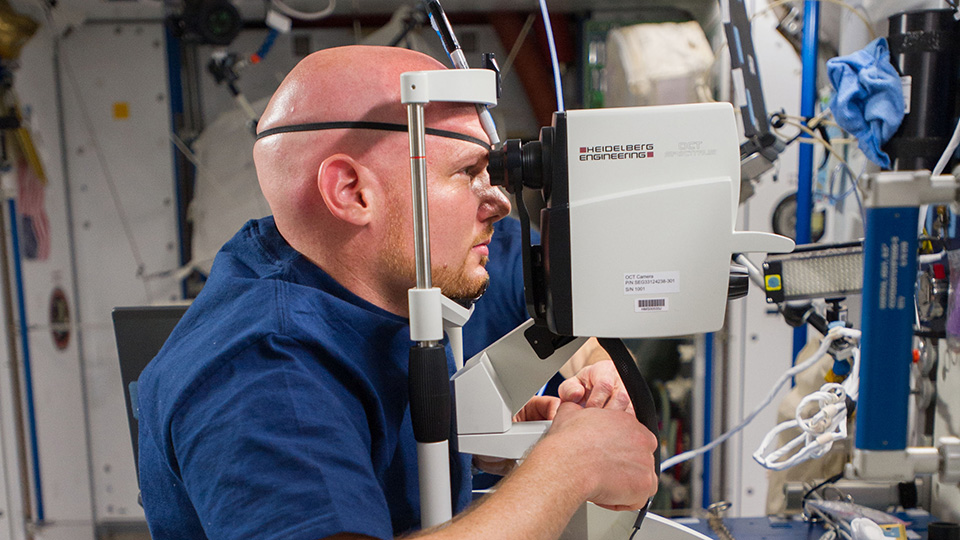 05 Heidelberg Engineering is very proud of its association with NASA and its involvement in this programme.

As a company Heidelberg Engineering has a strong history of close partnerships with clinical and scientific research. It is a huge accomplishment to be part of the programme and collaborate with NASA. It enables Heidelberg Engineering to work with a group of highly specialised clinicians in an area of research that is highly fascinating.

There have been some technological developments that have been accelerated at Heidelberg Engineering to enable it to best to support the programme within NASA, such as the Spectralis Flex module with portable head, which allows for examinations to be performed in different positions. While this was developed for the examination of astronauts with different postures in order to see if postural changes have an effect in the eye, Heidelberg Engineering is able to offer this technology to a huge range of patients who it was not able to before. It is of particular use for the examination of patients with trauma paediatric ophthalmology.