Stepping into the hospital

Following in the footsteps of his optometrist father, Professor Jonathan Jackson entered the profession in 1981. Just two years later, Mr Jackson became the first optometrist to be formally appointed in the hospital setting in Northern Ireland. He shares his experiences with OT 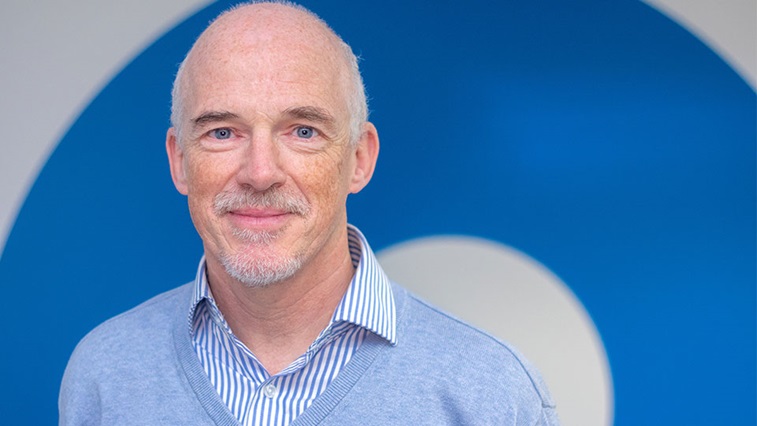 01 In 1983 I was privileged to become the first optometrist to be formally appointed in a hospital setting in Northern Ireland.

Prior to my appointment at the Royal Victoria Hospital (RVH), all secondary care ophthalmic services in Northern Ireland had been delivered by a combination of ophthalmologists, orthoptists and ophthalmic nurses. At that time, the role of the optometrist in Northern Ireland was almost exclusively in primary care.

Professor Desmond Archer, the then clinical director and academic lead in ophthalmology at the RVH, was responsible for introducing optometry into secondary care in Northern Ireland. His vision was to integrate optometrists, with their expertise in optics, contact lenses, low vision and refraction, as well as their potential to contribute to vision science research, into a rapidly evolving department. He had already experienced these services being delivered at Moorfields Eye Hospital where I was first introduced to him.

02 In the first instance, my remit was to establish an in-house low vision service, to contribute optometric and optical expertise to a newly-established contact lens service and to support existing, medically-led refraction services.

The medical director of the contact lens service, Dr Yvonne Canavan, was supportive of this new initiative in Belfast.

Whereas in the early stages of my appointment, a large part of my optometric workload was to provide a refraction service for adult aphakes, this has evolved to the point whereby almost all hospital-based refraction services are for infants, children and adults who have complex ocular problems requiring treatment interventions. Almost all other refraction is carried out within primary care. One particularly testing area has involved the provision of contact lens services for paediatric aphakes, a service that has only been achievable through clinical collaboration with supportive ophthalmology, orthoptics and ophthalmic nursing colleagues.

Since my appointment, my approach to all things has been to demonstrate competently, effectively, and enthusiastically that optometrists can make a positive contribution, and in doing so can ease the departmental pain associated with escalating waiting lists. Using this principle has opened many gates and led to the expansion and evolution of optometry in Northern Ireland.

03 As improved and more complex treatments for a range of eye conditions become available, the remit of the optometrist in the hospital setting will continue to expand.

At the RVH, a team of secondary care optometrists, led by deputy head Dr Joanne Logan, has contributed substantially to integrated glaucoma and ocular hypertension services that traverse secondary and primary care boundaries. Similar shared care specialist optometry roles have evolved in the macular and diabetic eye services, and this multidisciplinary team approach, has improved the outcomes and experiences of patients, practitioners and the system alike.

In the macular clinic, as patient numbers have soared exponentially, the hospital has been required to look for more creative ways of delivering the service. This has involved using optometrists, not just in the assessment of visual functions and refraction, but as virtual clinic image assessors. In the last two months, the first of our optometrists has been involved in delivering intravitreal injections for wet age-related macular disease.

Recently, specialist optometrists have also been appointed to the casualty and emergency ophthalmic care team, while others co-ordinate optometric input to clinical research trials.

Firstly, they have enhanced the reputation of optometrists in the eyes of their medical and healthcare colleagues. Secondly, they have created a useful bridge between primary care optometry and secondary care ophthalmology, orthoptics and optometry. Within the RVH, there are a number of optometrists who work part-time who also spend time working in primary care, where they have the opportunity to disseminate the skills and expertise that they have acquired in the secondary care setting. This ensures that primary care optometrists are well placed to provide extended care within a primary care setting. The RVH also facilitates IP training opportunities for a growing number of primary care colleagues, which is a natural extension to short term pre-reg placements that have been available over many years.

For patients, the improvements have also been vast. One particular group of individuals who have been poorly serviced by the ophthalmic community in the past are those with complex disabilities. I am very proud to have worked in partnership with orthoptics colleagues, paediatric ophthalmologists and paediatric optometrists to help develop patient-friendly services for children with learning disabilities and complex multi-disabilities.

Similar services, co-ordinated by RVH deputy head of optometry, Jenny Lindsey, cater for adults with learning disabilities and deliver care to adults in an environment where they feel comfortable and secure. A large proportion of these patients have significant refractive errors and the service is able to co-ordinate the correction of refraction, guidance on dispensing spectacles and the provision of rehabilitation advice.

Of the optometrists, six have PhDs, two have Masters degrees, nine have independent prescribing qualifications and 15 have additional specialist qualifications. Their qualifications reflect the evidence-based, quality-assured service that the department provides. Having co-authored more than 100 papers in partnership with ophthalmologists and vision scientists, the optometric team has contributed significantly to the evolving reputation of ophthalmology, optometry and vision science in Northern Ireland, across the UK and further afield.

Initiated by consultant ophthalmologist Naresh Sharma, Altnagelvin Area Hospital has more recently established a hospital optometry department in the west of the province. The department, which I helped establish, is based on the Belfast module and is led by former president of the Northern Ireland Optometric Society, Richard Gilmour. The hospital currently employs 10 optometrists.

Hospital optometry in Northern Ireland has evolved greatly over the last 35 years and I hope that, under the visionary direction of the current clinical director of ophthalmology, Professor Giuliana Silvestri, it will advance further and that increased training and opportunity will enable optometrists to lead on even more treatment and intervention procedures.