Consultant optometrist and clinical lead at OxSight, Daniel Crown, shares insight into the development of a pair of electronic glasses capable of enhancing vision

01 The development of a device that could help visually impaired people see again began back in 2010 when a team of researchers at the University of Oxford were exploring retinal prosthesis – electronic prosthetics that go inside the eye.

The team was looking at creating a device that would go into the eye and enhance a person’s vision. On this team was Dr Stephen Hicks, who suggested developing a device that sat on the face rather than in the eye. The idea evolved from there and, after building several demos, the team realised that it would work.

In 2016, the research team established OxSight, a company through which the device could be further developed and later sold. OxSight released its first version of the device, OxSight Prism, in July 2018.

02 OxSight Prism glasses are designed to help people with peripheral vision loss such as glaucoma, retinitis pigmentosa and homonymous hemianopia.

Using computer-vision algorithms and cameras, the glasses are able to increase image contrast, highlight specific visual features and zoom in on images. A set of micro-OLED video displays provides a rich colour experience. The glasses are also fitted with a camera that processes images through a hand held controller module and projects a brighter, more defined version on to the OLED displays.

Providing an example, if a wearer has tunnel vision with around one to two degrees of central vision remaining; the glasses are able to enhance their field of view up to 68 degrees horizontally, allow easy viewing in dim lighting conditions and allow the user to zoom into objects if desired. The patient has full control over manipulating the images to suit their needs.

03 Today, an estimated 30 patients have purchased and are using OxSight Prism glasses since their launch in the UK.

The device is also available in China, India and Europe through a clinic partnership model. In the UK, OxSight has sites in London and Oxford, where patients can try and purchase the device. There are also accredited opticians offering the device in Manchester, Durham and Scotland. This is something we are looking to expand in the near future and we are keen for practices offering the device to be low vision specialists due to the complex vision requirements of these patients and the time they need.

04 News of the OxSight glasses has spread far and wide.

From a UK perspective, I recently fitted a gentleman who had flown over from the US with his wife and son specifically to try the glasses. He landed the night before his appointment, I saw him for a consultation in the morning and he was amazed by the glasses. I dispensed them for him there and then, recorded some clinical data, he paid for the device and then he flew back that evening. This demonstrates the reaction of people to the glasses and the difference they can make to someone’s life. 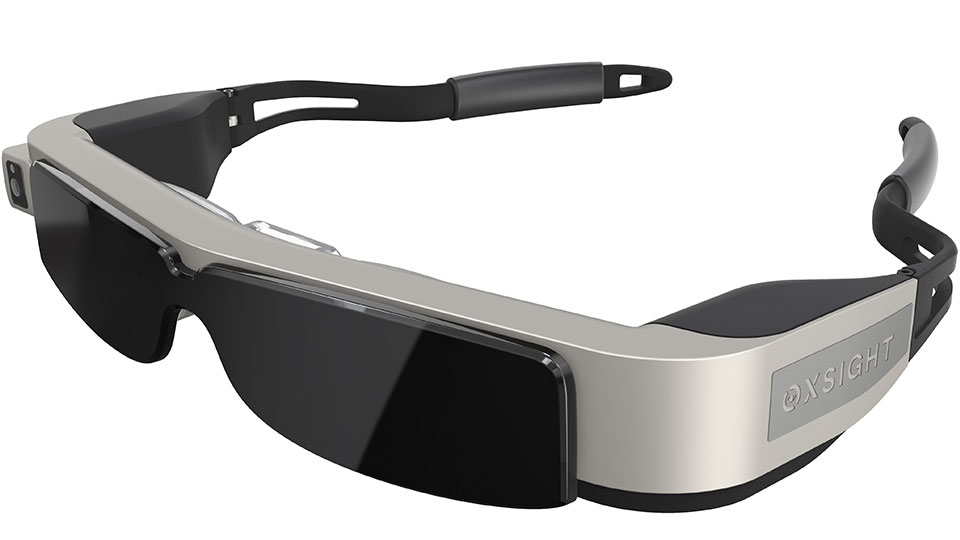 When we speak to patients using the device, we want to know how they are getting on, as well as any positive and negative feedback they have. To date, there are some patients who have found that the original design of the glasses was not very practical to use. Therefore, with OxSight Crystal, we have taken their feedback into account and made some changes. The device is now lighter, it has a detachable front section that allows the user to see through the displays, above all it is a bit more minimalistic and looks less invasive. Overall, the glasses are designed to provide wearers with greater flexibility and comfort.

We are now looking at developing a pair of glasses that can be used for people with central vision loss, such as macular degeneration. It is also key for us to develop our devices further to be as normal, as minimal and as much like ‘normal’ glasses as possible – our research and development team is working towards this in the future.