“There is nothing to lose but a lot to win” 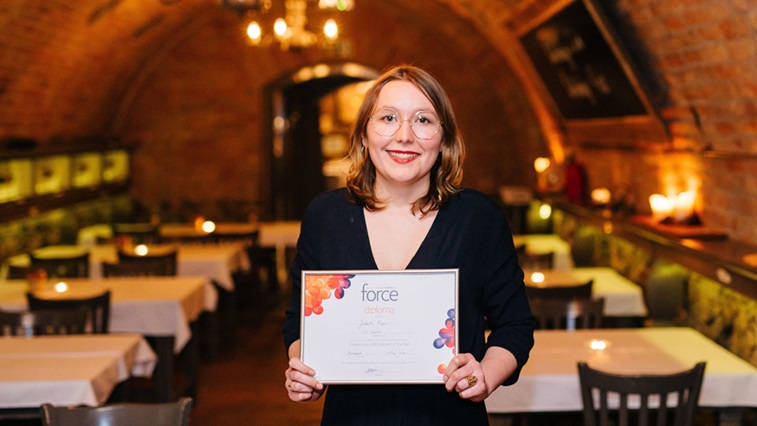 What was the aim of your project?

What were the main findings?

By analysing the results, it appears that Biofinity Multifocal provided an increase of exophoria or decrease of esophoria in most cases. When we look at the group on the whole there is a significant increase of exophoria with the MFCL. However, with Biofinity Energys it seems that there is no effect. When we divided our population in function of their refraction and their phorias, we can see that Biofinity Energys seems to have an effect on esophoria reduction for the myopic and esophoric groups.

Of course, the effect of Biofinity Energys was less important than the effect of the MFCL, I had chosen a +2.00D addition, and the convex effect was less than 0.50D – I was expecting this difference. The addition was chosen based on what had been done in scientific literature. What is interesting here is that Biofinity Energys has a potential effect on esophoria reduction.

How will you apply the learnings of your project in practice?

The effect on esophoria reduction provided by Biofinity Energys might be useful for esophoric people with convergence insufficiency. This study is particularly interesting for this group. It would be interesting to conduct complementary studies to confirm that.

Why did you decide to enter CooperVision’s FORCE Student of the Year competition?

When CooperVision’s professional services manager, Alexandre Meslé, gave a presentation about the competition at our university last November, I immediately knew that I wanted to be part of it. Alexandre had himself participated in the first edition in 2013, he told us that at the end of his Master’s degree CooperVision offered him a job. I understood that this competition could open doors. When I started my studies in optics I knew that I wanted to do research in the future, maybe working for a contact lens lab, so it was a real opportunity and I seized it.

I understood that this competition could open doors

How would you describe the experience of the final?

It was absolutely amazing. At the end of the day, after all the students had presented their work, the judges deliberated. We had to wait until dinner to know who was crowned the overall winner – I dreaded this moment. All of the students’ presentations were very interesting and the level was very high. I knew that even if I didn’t win the title, to have reached so far was already huge and to be here was already a victory. I knew that I was very lucky to be here with all these marvellous people.

When Professor James Wolffsohn announced me as the winner I was very emotional. It was a great honour. Once again, I would like to thank Brigitte Couture, my supervisor, Alexandre Meslé from CooperVision who advised me, and also the judges, the other students in the competition, and those who participated in my study. Last but not least, I would like to thank the person who supported me unswervingly and helped me when I was in doubt, the man who shares my life.

After the speech, congratulations and photos, I came back to my table and all the students exclaimed in unison “Félicitations” (congratulations in French). I felt so touched, there was so much benevolence in this competition. It was an amazing experience that helped me grow up.

What are the next steps of your career?

Next year I will continue my studies in optometry. I will be at the Congrès d'Optométrie et de Contactologie in Paris in January, and at the Nederlands Contactlenzen Congres in the Netherlands in March – I look forward to it.

What would your advice be to students and universities thinking about taking part in the FORCE competition?

The only advice that I can give to students who want to participate in the competition is to do it. Of course, that requires work, determination and it’s not always easy, but it’s so satisfying to realise that we are able to accomplish these kinds of things.

A few years ago, I would not have imagined that I could be a part of this fantastic adventure, and in fact I did. Even if they don’t win they have a lot to learn about the practice, the methodology and about themselves. Also, it’s a huge opportunity to meet remarkable people from all over the world. If they are passionate they should do it, there is nothing to lose but a lot to win.