Artificial intelligence (AI) is at the supermarket check-out, in the news feeds you scroll through and a disembodied voice in your kitchen telling you the weather forecast and setting the kitchen timer.

It is hard to think of a sphere of modern life that has not been affected by the rise of a technology that is described by some as the fourth industrial revolution.

Here OT profiles nine technologies that are shaping the provision of eye care.

A software programme that uses AI to analyse retinal photographs received approval from the US Food and Drug Administration in April 2018.

To use IDx-DR, the clinician uploads digital retinal images to a cloud server on which the software is installed.

The software then provides one of two results: either “more than mild” diabetic retinopathy is detected and the patient is referred to an eye care professional, or the test is negative and the patient rescreens in a year.

The OrCam My Eye 2 device makes daily tasks easier for those with sight loss.

It incorporates a camera and AI to recognise faces and read text.

Users can also identify tens of thousands of consumer products through barcode recognition.

Voice command technology means that users can issue commands, such as ‘tell the time’ and change the menu options on the device.

A partnership between Essilor and OrCam, announced in May, will see Essilor distribute the technology to independent opticians across the UK and Ireland.

While some believe that the eyes are a window into the soul, new research suggests that they could also reveal key biographical information such as someone’s gender and age.

A study, published in Nature Biomedical Engineering, reported that deep learning models were capable of predicting an individual’s age, gender, systolic blood pressure, smoking status and whether someone had suffered a past major cardiac event by analysing fundus images.

The models were trained using data from 284,335 patients and validated using two separate datasets of 12,026 and 999 patients. 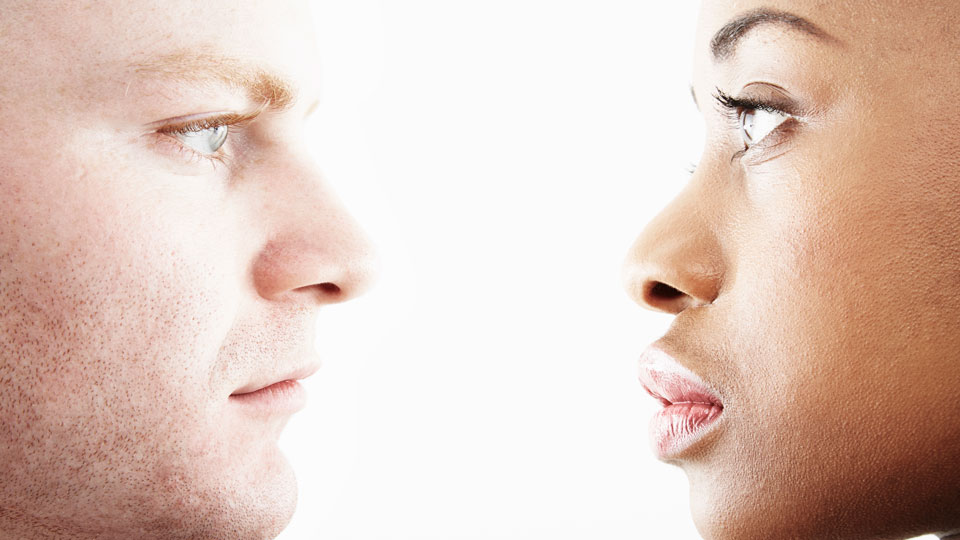 The technology has been developed by Chinese telecommunications company, Huawei, in partnership with IIS Aragon and Devices for Integral Visual Examination (DIVE) Medical.

Different aspects of visual function are tested through DIVE software that runs on a tablet.

The technology tracks a child’s gaze patterns with the data then processed on a smartphone using an algorithm to identify potential indicators of visual impairment. 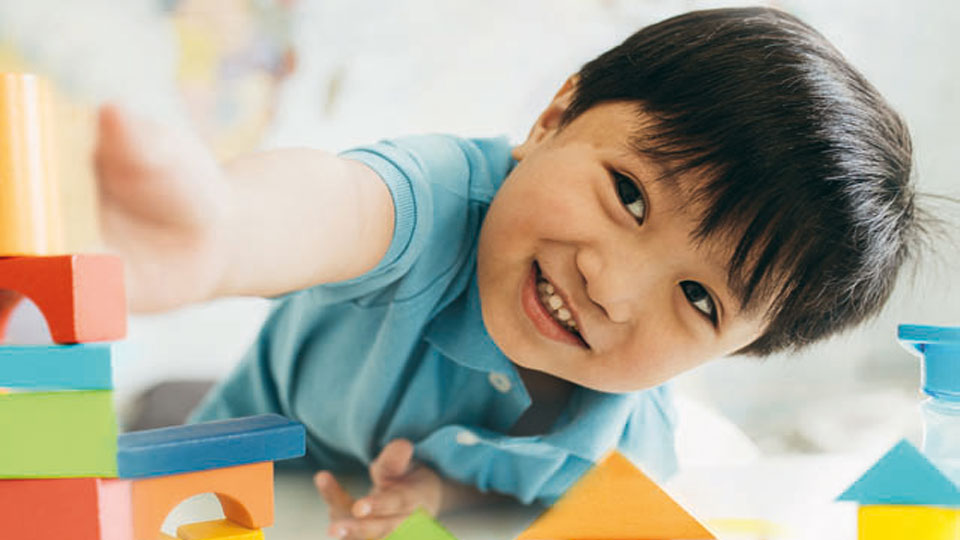 Stanford University scientists are investigating the use of a smartphone app paired with Google Glass in helping children with autism to understand facial expressions.

Researchers conducted a trial of the technology in 14 young people between the ages of three and 17 with an autism diagnosis.

They found that after between one and three months of regular use, parents reported that their child made more eye contact and related better to others. 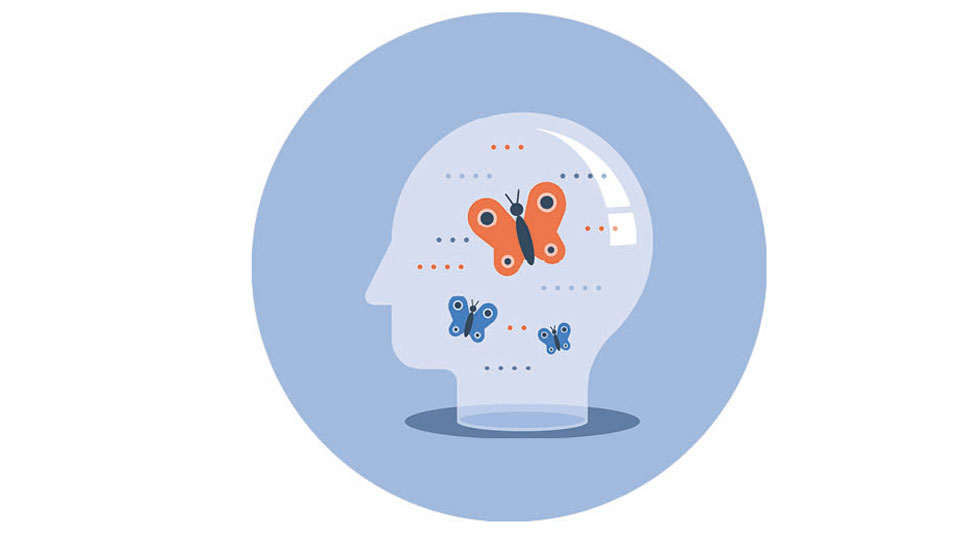 6) Eye movements as a fingerprint

Scientists are using AI technology to identify individuals through nothing more than their gaze.

The German researchers developed a system that learned to associate certain patterns of eye movements with individuals.

In a test involving 62 readers, the AI system was able to identify readers with an accuracy of 91.53%.

AI-powered software that supports clinical decision making has shown a comparable ability to spot signs of glaucoma in optic disc photographs to ophthalmologists.
The Pegasus system by Visulytix is capable of analysing both fundus images and OCT scans for signs of disease.

The technology is agnostic and can analyse images from a range of devices.

Frame Styler uses in-store tablets that take a 180-degree scan of the customer’s face and then produces 12 frame options based on face shape, gender, age and popular frame choices from similar customers.

The technology is used by optical assistants at the introductory stage of a sight test. 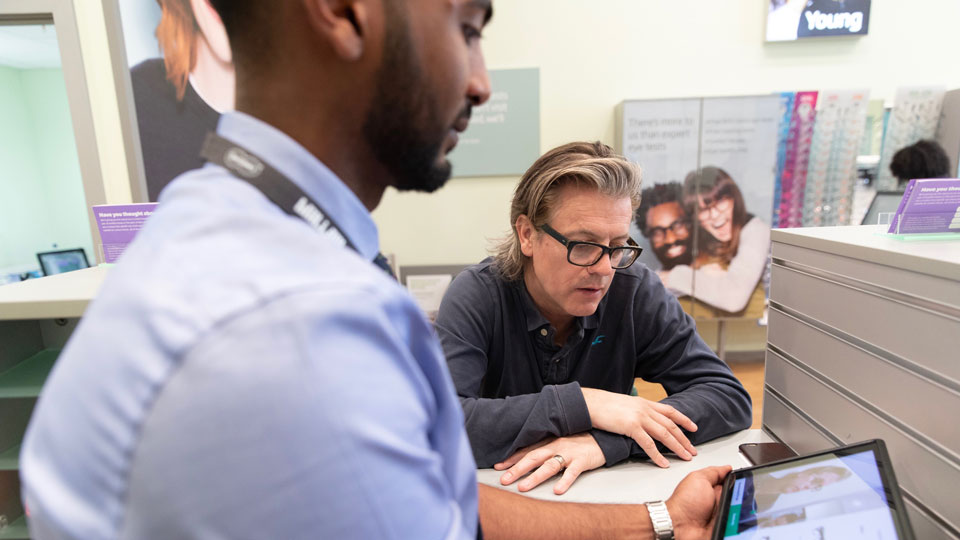 Researchers have used deep learning algorithms to predict a patient’s risk of progressing to advanced AMD over a five-year period.

The scientists, from the US, Brazil and China, were also able to categorise the severity of the disease in patients.

The study used 67,401 colour fundus images from the 4613 study participants.

In a commentary on the research, the study authors observed: “This technology does not begin and end with fundus photographs, and we look forward to an era when a near totality of patient data – clinical, imaging, genomic and otherwise – are amenable to this powerful tool.”