The robots have arrived

Optometry must become a treatment destination and not simply a step in the pathway, concludes the AOP’s Dr Peter Hampson. The transformation in tech is making this more possible than ever 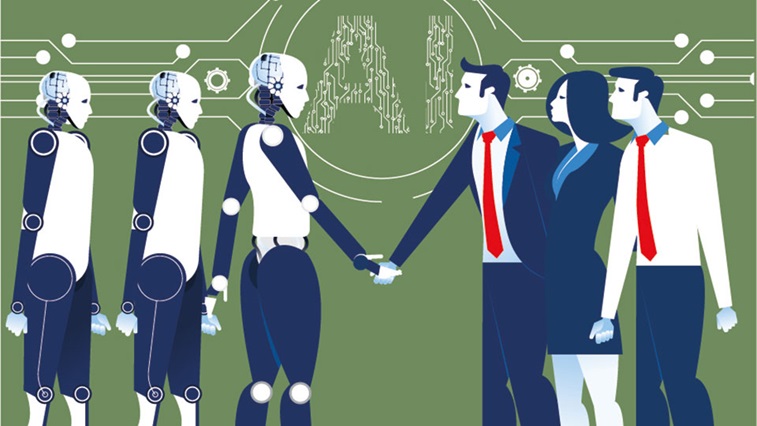 Technology is great, isn’t it? I think the answer is that it can be. I’m a big technology fan. Many of the things that we enjoy in a modern world are enabled by technology, and the next big thing is artificial intelligence (AI) in partnership with machine learning.

In fact, it is already all around us. Most people will be familiar with Amazon, Facebook and Netflix, and many will have used digital voice assistants such as Siri, Cortana and Alexa.

Amazon, Facebook and Netflix use artificial intelligence to suggest future purchases, for facial recognition of photos and suggesting viewing options. The digital voice assistants among other things use machine learning to filter background noise and understand regional dialects.

Two of the most well-known large-scale examples of AI are Google’s DeepMind and IBM’s Watson. In the advert for Watson on TV, it presents Watson as another expert employee, capable of analysis and learning. This same technology can be used to analyse retinal photos and optical coherence tomography (OCT) scans to recognise disease quicker and more accurately. In fact, this is already happening. In mid-2016, Moorfields Eye Hospital and Google’s DeepMind started working together with the goal of analysing one million OCT scans. The aim of this project is to allow for quicker and more accurate analysis, which will free up time for the clinicians to talk to patients and explain treatment options.

So far so good, but what if this technology is so good at analysis that optometrists are no longer needed to recognise eye disease? It is now generally accepted that the long-term future of optics is not in refracting patients and prescribing spectacles. This is partially because it is now possible that modern auto-refractors can, for most patients, produce a quick and accurate result. In response to this, we have seen a move towards the more clinical aspects of optics, but, if AI works well, even that may not be safe.

This isn’t just scaremongering. Stephen Hawking, perhaps the greatest physics mind of our generation, was recently quoted as saying: “I fear that AI may replace humans altogether;” and the CEO of Tesla and SpaceX, Elon Musk, has issued repeated warnings about the dangers of AI. Clearly, I’m not the only one who has concerns.

"If we allow our role to be simply one of data gathering, then we are expendable - and we could be witnessing the slow death of the profession"

So, am I suggesting an uprising and that we burn computers and OCTs in the streets? Far from it, but what I am suggesting is that the profession needs to stop and think about what we do and how we use technology. For a long while I have been championing that optometry must become a treatment destination and not simply a step in the pathway. That means greater involvement in care that has previously been delivered in secondary care, but we need to be able to deliver the care and advice, and not simply send the data to secondary care. How this is achieved is open to debate, but it must surely involve a greater medical role for optometrists. This will likely come about via further education and increased access to medical treatments, or delivery of drugs through different mechanisms, for example wet age-related macular degeneration treatments via eyedrops or even impregnated into contact lenses. For many practices, this will also mean a change to the business model that they currently operate.

Looking ahead, if we allow our role to be simply one of data gathering, then we are expendable – and we could be witnessing the slow death of the profession. If we want to survive we need to use technology, and not allow ourselves to be used by it. The robots aren’t coming, they’re already here. The challenge now is for the profession to make sure it’s ready.

Dr Peter Hampson is an optometrist and AOP clinical director