Orcam’s international business development manager, Leon Paull, on the company’s goal of enabling blind and visually impaired people to navigate the world around them 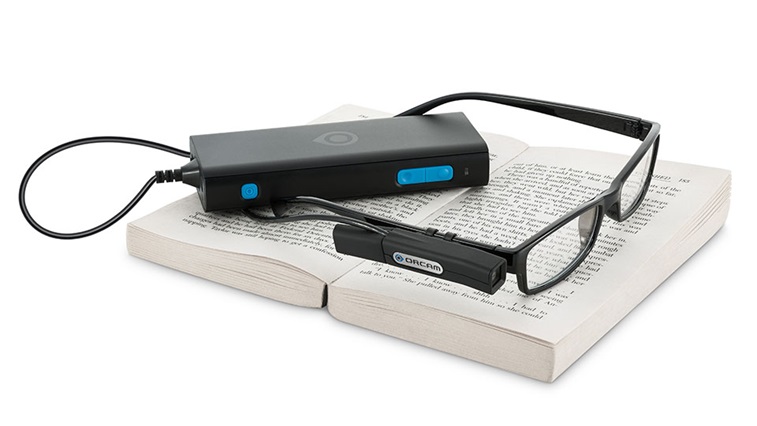 01 Orcam was established in 2010 with the purpose of applying computer vision and artificial intelligence for people with disabilities.

What Orcam has created is the world’s only wearable assisted technology device that gives people instantaneous access, wherever they are, to any written text around them. What that means for a person with visual impairment is that we can help them regain some of that independence that they have lost by lifting the restrictions that they may encounter such as navigating routes or the products they buy in the supermarket. That’s the idea behind the product.

02 After five years of development, Orcam was released to market at the end of 2015, first in the US, then the UK, and later wider afield.

Today there are over 1000 Orcam users in the UK alone, spanning the ages of seven to 104 years old.

The reaction that Orcam received when it was released on the market was amazing because there was nothing like it available. Until we came along there were probably only two other ways that blind and visually impaired people could access text; through an app on a smartphone that relied on WiFi or using a large, stationary desktop scanner.

We really brought out something that was entirely revolutionary in this space and have received enormous attention; the adoption has been fantastic.

As a result, we have expanded our availability by working with specialist distributors in the UK, as well as charities such as the RNIB. Some opticians are now also starting to carry it so that they have something for people for whom glasses are not an option.

"In terms of long-term goals, if we can put a car onto the road that can drive itself, we can get a blind person to navigate themselves. That is the end game, that is the vision"

03 As Orcam continues to develop, we will build on its capabilities to enable it to recognise additional objects or classifications of items.

Currently, we are working on software that will allow it to recognise doors and stairways. This is a laborious task as we have to build up a database and teach it to recognise those specific objects with enough samples.

We are adding on features like this all of the time and aim to roll these out in the coming year.

04 Early next year we will release the next generation MyEye, MyEye2.

This is a much smaller version of MyEye and will lose the cables and the battery pack and everything will be contained in a tiny device.

It will also include new functions such as two LED lights that will provide the user with automatic illumination if the light is not insufficient.

The new version will also communicate with the user’s smartphone and will download software updates that we release automatically. On the current model, you have to replace the SD card in the pack so it is a physical card that has to get to the end user. With this, updates will happen online automatically when the device is plugged in. As we continue to develop, this means we can release updates more and more frequently; every week if we want and all the time.

05 In terms of long-term goals, if we can put a car onto the road that can drive itself, we can get a blind person to navigate by themselves. That is the end game, that is the vision.

It will take us time to get there, it will be longer than five years, but along the way we will be closing that gap all of the time. Item by item, update by update, and it will become more and more fast paced. That's where we are going to.

There will also be other applications along the way. For example, those using the device due to a reading impairment such as dyslexia, don’t need all of the product. Therefore, we will release versions of the product that are adapted for that specific market. There are some two million people in the UK with sight impairment, but there are estimated to be 10% of the population who suffer from dyslexia of some sort.

At Orcam, we are trying to reach as many people who would benefit from the device as possible, and key to that is funding. As a high tech piece of equipment, it can be a costly purchase for one person. We find time and time again, however, that people report that what they get from the device far outweighs that cost. The key to reaching our goals of making this technology accessible to as many people as we can is funding from the Government or the NHS. This level of support would ensure that it becomes available to everyone and anyone who might benefit.