The number of patients with age-related macular degeneration and glaucoma is set to grow in line with an ageing population. OT  speaks with Hemal Mehta and Sally Ameen for insight on the latest treatment approaches 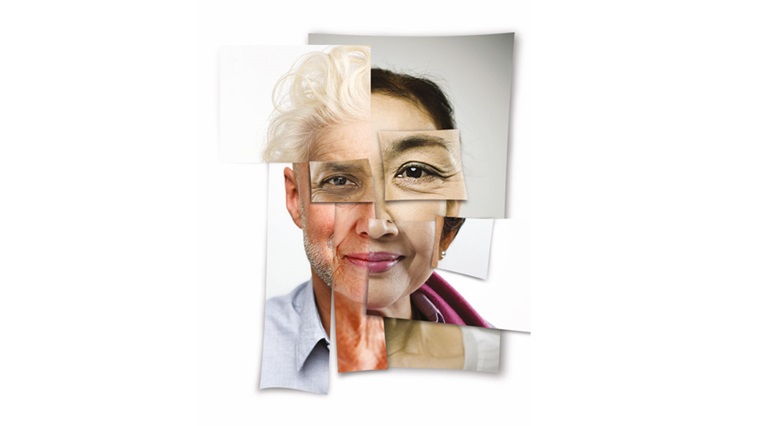 The smallest implant in the body has the weight of a couple of grains of rice and is no wider than a strand of hair.

“Even under the microscope it is hard to see because it is miniscule,” consultant ophthalmologist Sally Ameen said.

Used in minimally invasive glaucoma surgery, the diminutive titanium stent has the potential to simplify the daily lives of patients and free up appointment slots for clinicians.

It is one of many treatment approaches that are being pioneered to meet the increasing demands that an ageing population is placing on eye care within the UK.

There were more outpatient appointments for eye care than any other speciality last year, with 7.6 million ophthalmology visits, compared to 7.5 million visits for trauma and orthopaedics.

The Royal College of Ophthalmologists predicts that age-related macular degeneration (AMD) case numbers will rise by nearly 60% over the next 10 years in the UK, while the number of glaucoma cases will rise by 44%. Ophthalmology is now the largest outpatient specialty within the NHS, surpassing orthopaedics in 2017–2018.

Ms Ameen, who works for Ophthalmic Consultants of London, shared that she has already seen the ageing population have an impact on the NHS.

“We have seen overbooked clinics and services that are stretched beyond their limits,” she shared.

“There has been a change already in how we are providing care to patients,” Ms Ameen added.

As part of this shifting approach, virtual clinics provide the ability to review patients while freeing up clinician time.

Ms Ameen shared that a virtual glaucoma clinic at the Western Eye Hospital gave clinicians the ability to see up to 40 patients in one session – in contrast to the 10 patients who would usually be reviewed using traditional methods of working. 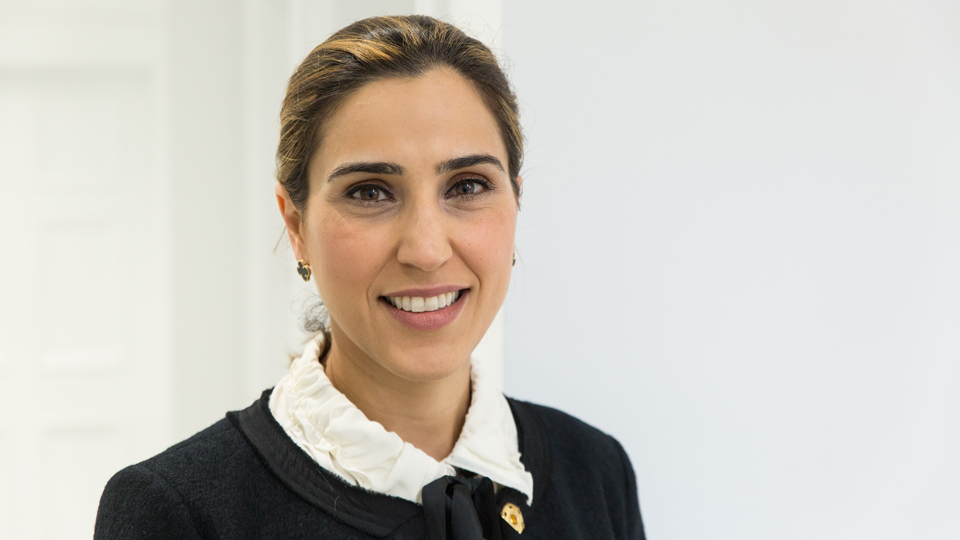 Consultant ophthalmologist Sally Ameen
Alongside this, allied healthcare professionals, including optometrists, are playing a greater role in the clinical care of patients, Ms Ameen observed.

“There is definitely more inclusivity as a team,” she said.

“I think optometrists are already playing more of a healthcare-led role. There are just not enough doctors for all the ageing patients that we have,” Ms Ameen highlighted.

Many optical practices have advanced equipment that is similar to what would be found in a hospital setting, while it is often more convenient for patients to be seen closer to home, Ms Ameen observed.

The most common surgery that Ms Ameen performs in practice is minimally invasive glaucoma surgery (MIGS).

The procedure takes around five minutes and is done under local anesthetic. It can be done as a standalone surgery or in combination with cataract surgery, Ms Ameen shared.

A micro shunt pre-loaded on an injector is inserted into the eye and acts to control ocular pressure.

MIGS can be used in patients with open angle glaucoma who are not suitable for eye drops or who no longer wish to use them.

“The patient may be having allergic reactions to the medication or there may be issues with compliance,” Ms Ameen shared.

“Patients may not physically be able to put the drops in or there may be memory issues,” she said.

MIGS has several advantages over the two traditional filtration operations performed for glaucoma – the trabeculectomy, which has been around for about 50 years, and the tube operation.

“In the trabeculectomy you are creating a flap door in the eye for the fluid to come out from,” Ms Ameen explained.

“A tube operation is essentially where you are putting a plastic straw inside the eye to drain the fluid out. It is much bigger than a micro stent,” she highlighted

Both filtration operations take around an hour and require between four and six weeks of recovery time.

During the recovery time, patients will generally come back to clinic at least once a week.

“It is quite taxing on the patient and the service,” Ms Ameen observed.

In contrast, MIGS has a recovery time of 24 hours and the risk of complications is lower than with the filtration operations.

“There is always a theoretical risk that you can introduce infection because you are physically going inside the eye but that is very small. Probably the worst-case scenario is that the stent doesn’t work,” Ms Ameen said.

With the traditional filtration operations, if a second operation is needed there is a lowered chance that it will be successful because the eye has already been operated on.

“Because MIGS is minimally invasive and it doesn’t cause any inflammation or scarring you can still go ahead and do the second operation if you need to,” she shared.

The most commonly used stent, the iStent, costs the NHS £1300 for each stent used.

An alternative procedure that bypasses the need for a stent and carries a lower cost is Selective Laser Trabeculoplasty (SLT).

This uses a laser to control pressure in the eye and remove the need for medication.

“It’s very safe and effective and both eyes can treated at the same visit,” Ms Ameen highlighted.

The treatment can be performed in glaucoma patients with open glaucoma.

“Because you are causing very gentle laser burn to the inside of the eye, it does not cause inflammation, so the eye recovers very quickly. The effects of the treatment can be seen as early as three to four weeks from the treatment.” Ms Ameen shared.

In terms of what Ms Ameen finds most rewarding about her work, she highlighted the ongoing involvement she has in the lives of her patients.

“You take them on this journey,” she said.

“Especially if you have very complex patients who have had a number of procedures done you become part of the whole ensemble and routine of their life,” Ms Ameen observed.

“I think the human side is what makes them comply more. They can see that you are doing everything in your power to save their sight,” she concluded.

Like Ms Ameen, consultant ophthalmic surgeon at the Royal Free London NHS Foundation Trust, Hemal Mehta, believes that a close working relationship with optometrists will be key to meeting the demands of an ageing population.

“In the UK we have some of the lowest numbers of ophthalmologists per head of the population in Europe,” he said.

“It is important that ophthalmology and optometry are working together to help improve patient outcomes,” he shared.

Mr Mehta believes there is a role for optometrists in the longer-term monitoring of wet AMD patients once they reach stability within the hospital clinics.

“Studies show that almost half of eyes will have a reactivation within a year of stopping anti-VEGF therapy,” he said.

He highlighted that some countries do not advocate stopping anti-VEGF treatment for wet AMD.

However, because of limited resources within the NHS, treatment is often stopped after a period of disease stability.

“With more and more optometrists having OCT machines there is the potential for monitoring to be carried out in the community once treatment has stopped with a rapid referral process to hospital services if optometrists see a reactivation of the disease,” Mr Mehta said. 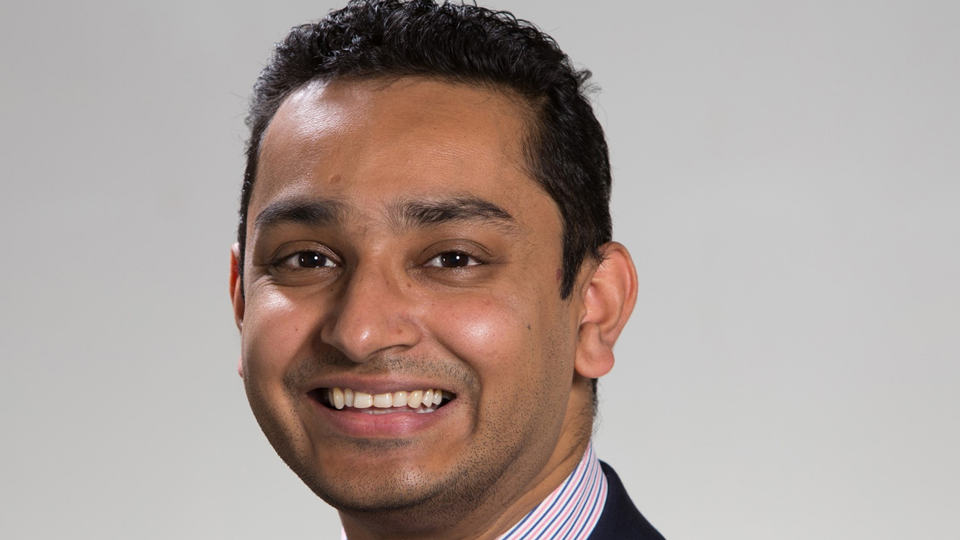 He emphasised the importance of eye care services having sufficient capacity and resources to meet the needs of patients.

“Diseases associated with ageing are becoming more prevalent in eye clinics. We need to make sure that health services address the needs of our ageing population,” Mr Mehta shared.

The new treatments that are in development for wet AMD focus on extending the time between intravitreal injections.

Mr Mehta highlighted that while there are effective treatments for wet AMD, there can be practical challenges in requiring a patient to present to hospital every month or two for treatment.

“We know that if a patient is coming in very regularly they will do well. The problem is that in the real world, it is unrealistic that a patient will regularly be able to make it in every month or two for injections. We have been looking at ways of reducing the treatment burden,” he explained.

He highlighted that there is a “phenomenal” difference between dosing at eight weeks compared to 12 or 16 weeks.

“The number of visits dramatically comes down over a year. It suddenly becomes much more manageable for a patient and their carer to get in regularly and receive treatment,” Mr Mehta shared.

Brolucizumab is a longer-acting anti-VEGF drug with promising results at the phase three clinical trial stage.

Abicipar has also shown a similar level of effectiveness to the current standard of care with 12-week treatment intervals. However, some patients experienced inflammation.

“That is something that will need to be addressed in order for there to be wide uptake of abicipar,” Mr Mehta said.

A third drug, faricimab, is entering clinical trials with one arm of the trial extending treatment intervals to 16 weeks.

Mr Mehta predicts that brolucizumab will be the first of the longer acting wet AMD drugs to become available to patients on the NHS.

The problem is that in the real world, it is unrealistic that a patient will regularly be able to make it in every month or two for injections. We have been looking at ways of reducing the treatment burden

This could potentially happen next year, depending on how long the National Institute for Health and Care Excellence process takes.

“It will likely be available privately a little earlier once approved by the European Medicines Agency,” Mr Mehta added.

“Because of the sheer volume of patients who come through services and the capacity issues that all NHS services have they will want to adopt the longer acting agents very quickly because it frees up capacity to treat more patients,” he observed.

He highlighted that currently there are no effective treatments that are capable of reversing dry AMD, although lifestyle measures can slow down the progression.

Smoking cessation, a diet high in leafy green vegetable and dietary supplements consistent with the AREDS2 trial may provide a benefit in slowing the course of the disease.

Although no effective treatments have been developed to combat dry AMD at an early stage or the advanced stage of geographic atrophy, Mr Mehta highlighted that scientists are working to address this unmet need.

“It is an area where there is a lot of effort going in and I hope a treatment will come out sooner rather than later,” he said.
Australian scientists have been investigating whether progression in the early stages of dry AMD could be slowed with a sub-threshold laser that clears away drusen.

They identified that there was one sub-group in the population with reticular pseudodrusen whose outcomes were worse with the laser.

“If you excluded that sub-group then the rest of the patients seemed to do a little bit better,” Mr Mehta shared.

“That is an area where there is more trial work going on but it is not a recommended treatment yet,” he observed.

He also highlighted a phase three clinical trial of a brimonidine intravitreal implant to slow the progression of geographic atrophy that is due to commence early next year.

Alongside the development of new medical treatments for AMD, Mr Mehta highlighted two other areas where eye services for the older population are particularly important.

The first is ensuring cataract surgery is offered in a timely manner.

“Improving vision has a huge impact on patient’s quality of life and independence,” he shared.

“Treating eye disease in the older population has both individual patient benefits but also societal benefits in terms of independence and degree of social support required. This is an important consideration when justifying the increased funding to support eye services that will be required to deliver high quality eye care to an ageing population,” Mr Mehta emphasised.