The conundrum of making sure children spend enough time outdoors to prevent myopia has been tackled with an inventive solution.

Professor Nathan Congdon, from Queen’s University Belfast, is part of a research team that have trialled the use of a glass classroom or ‘bright classroom’ in Guangdong Province, southern China.

Professor Congdon explained to OT that families and schools in China are often resistant to children spending more time outdoors to prevent myopia when they could be studying indoors.

“Our motivation for this project was, if we can’t get the children to come outdoors, then let’s bring the outside indoors to the child,” he expanded.

The students each spent time in a glass classroom constructed from light-diffusing, shatterproof glass that was purpose-built for the research.

The average light levels in the classroom were around 2500 lux compared to 470 lux for a traditional classroom.

"If we can't get the children to come outdoors, then let's bring the outside indoors to the child"

Professor Congdon highlighted that the research was designed as a proof of concept.

“The purpose of this project was to prove that this design makes sense in principle – that children will tolerate the classrooms and that productive teaching can still go forward,” he explained.

“The bottom line of this study, which we are very excited by, is that both children and teachers preferred the bright classrooms over traditional classrooms,” Professor Congdon emphasised.

Having trialled the idea in one classroom, the researchers are moving forward plans to conduct a randomised controlled trial to investigate whether studying in a glass classroom can reduce myopia rates in children.

He hopes that proving the bright classroom concept will open a “marketplace of ideas” where different companies compete with their solutions.

“Other approaches could involve placing children closer to windows in the classroom, opening up some of the ceilings to let more light in or including artificial lighting in some way. It doesn’t have to be the bright classroom per se,” Professor Congdon shared.

“The idea is really to demonstrate that an architectural solution in the classroom can be part of solving the myopia problem,” Professor Congdon added. 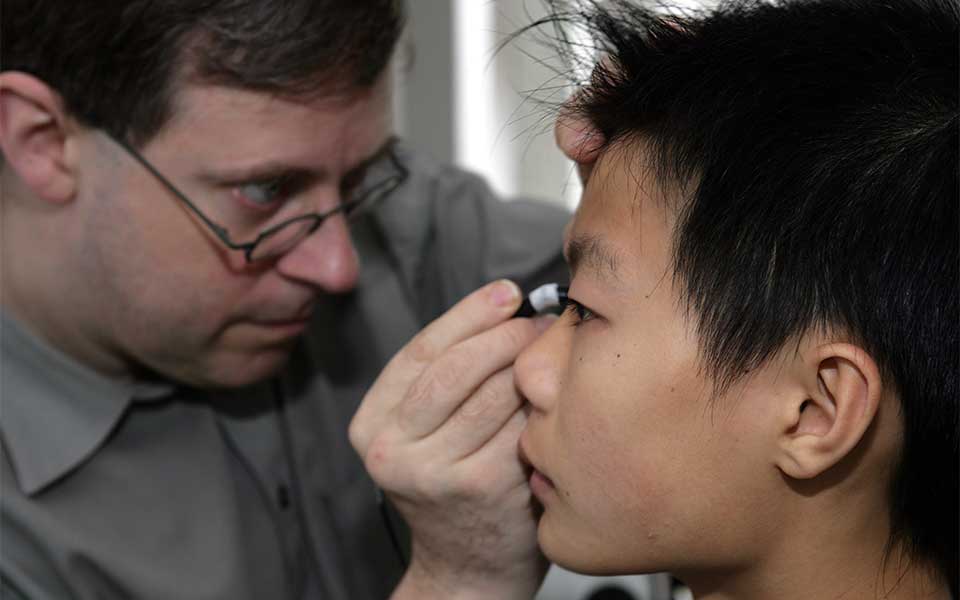 China has the highest rate of paediatric refractive error in the world. Around half of the 12.8 million children internationally who are visually impaired as a result of improperly corrected refractive error live in China.

Professor Congdon explained that prevention of myopia is favoured in China because of a belief in parts of the country that wearing glasses harms the eyes.

“We do think that prevention makes a lot of sense even though the glasses intervention is an inexpensive one. Its uptake can be challenging for families,” he observed.

Professor Congdon highlighted that there is a “massive interest” in myopia prevention in China.

“For example, every child in China does eye exercises as mandated by the Government to try and prevent myopia. The problem is that there is no evidence that the eye exercises work,” he elaborated.