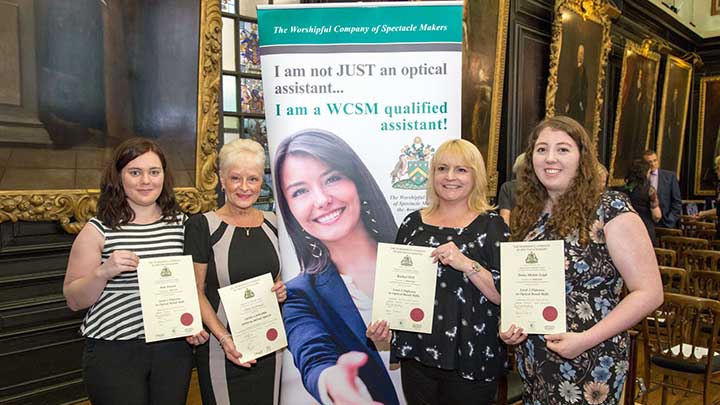 The Worshipful Company of Spectacle Makers (WCSM) has recognised optical assistants and technicians who have passed their WCSM examinations.

A ceremony was held at Apothecaries’ Hall in London on 19 October where the WCSM master presented certificates for the exams that build on the skills used by optical support staff in practice every day.

The WCSM also admitted six new freeman and one new journeyman. Sue Bennett is was the first journeyman appointment for more than a hundred years.

Journeyman membership grants access to a professional network of freemen of the City of London and liverymen of the WCSM.

Master of the WCSM, Felicity Harding, said: “The annual presentation ceremony is a true highlight of our year and we are delighted to have awarded qualifications and prizes to successful candidates of all ages and differing backgrounds.”

“Increasing skills and knowledge within optical professions is as important now as it ever was, and these qualifications open up a wide variety of career paths,” she added.