One major goal is to develop services for routine ocular monitoring, management and treatment by optometrists in the community.

“For decades we have been referring people into hospitals, and a number of these patients are still there,” he highlighted, adding: “Hospital ophthalmology departments can be slow to discharge patients because in many places there is no alternative to hospital for routine post-diagnostic management.”

Mr Whittington outlined that among glaucoma patients, for example, there are a large number of low-risk patients who, following a hospital diagnosis of the disease, could be safely monitored within practices in primary care.

“Their disease is stable but requires ongoing, systematic monitoring. That follow-up monitoring can happen in primary care,” he said.

Seeking this post-diagnosis work is a core aim for the next year. The work has been commonly referred to as “step-down care,” but Mr Whittington does not like this term, preferring instead to describe it as primary care based management.

This is alongside achieving the second year of LOCSU’s Breakthrough Strategy – to see four in five clinical commissioning groups (CCGs) in England contract at least one enhanced service.

“This will be a bit of a challenge, because in some cases we will be returning to CCGs that have chosen not to commission extended services before. But the whole commissioning environment has changed, so we should be able to get there,” he emphasised to OT.

The target for the Breakthrough Strategy’s first anniversary this month (March) was to have 60% of CCGs signed up for a service.

Mr Whittington highlighted that: “This year, we’ve seen local optical committees (LOCs) and primary eye care companies really grasp the primary eye care model and run with it. We’ve seen an acceleration of CCGs, in particular, commissioning MECS in line with our targets, which is very encouraging.”

As a former CCG director, Mr Whittington is also well placed to foresee some of the obstacles that might stand in his way in his new role in the coming year.

He explained to OT that CCGs, working collaboratively in local networks, have produced Sustainability and Transformation Plans. In many cases these cover geographical areas wider than a single CCG. This wider, cross-CCG commissioning approach is encouraging and the right approach, Mr Whittington believes.

However, in the short term it could prove a challenge to the quick implementation of local, community eye care innovations, he emphasised.

“The issue for us is that this could slow down the local commissioning process as commissioners and providers fully understand the full impact of this work,” he said.

Yet, there is plenty of evidence emerging that shows that enhanced services live up to their promise.

An academic evaluation in the British Medical Journal Open calculated that the introduction of MECS in London’s boroughs of Lambeth and Lewisham reduced the number of new patients referred to hospital eye services by GPs by more than a quarter.

A sister study also found that 99% of MECS patients would recommend the scheme.

“For the first time, we’ve got peer-reviewed evidence that these are clinically effective services that patients want to use and that they can save money. It’s actually doing what we said it would,” Mr Whittington reiterated.

“We are also seeing other services in the North of the country generating similar results,” he added. 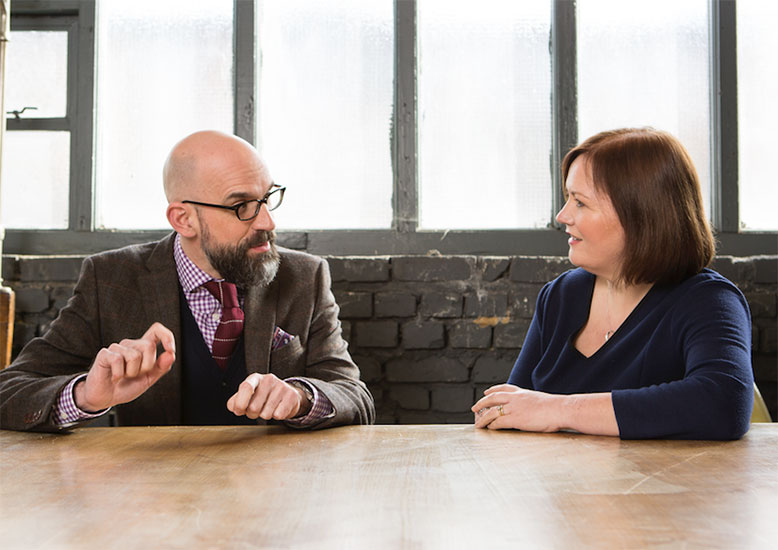 The high quality of the minor eye conditions schemes like the one in Lambeth and Lewisham should help to quell any concerns there might be around primary care based management initiatives.

He acknowledged that putting safe and robust processes in place was critical to successfully engaging commissioners, ophthalmologists and patients, and demonstrating that community-based services are in everyone’s best interest.

He outlined: “There would need to be really robust governance procedures, and an effective fast-track process for patients to access secondary care if they need it again.”

Mr Whittington acknowledged that the patients themselves are key participants in the development of service. “Patients want high-quality, timely care that is close to them in their own community,” he said.

“However, if a patient has been monitored by the hospital for a long period of time, they become used to their care being delivered in hospital. If, all of a sudden, you tell them that they do not need to be seen in hospital, patients may not understand why and resist the change,” he explained, adding: “This then becomes an issue for everybody, but one that can be solved through good relationships between all clinicians and patients involved.”

One group that Mr Whittington hopes that he will never have to persuade is optometrists. Recent surveys of the profession, including one by the AOP, show that the majority of practitioners are keen for the challenge.

However, Mr Whittington has this message for the reluctant: “Optometrists have skills that, under a standard General Ophthalmic Services contract, are not being fully utilised. By becoming involved in the extended primary eye care services and later, primary care based management initiatives, they can make full use of the clinical skills they have.

“We also need to recognise that optometry as an industry is changing. We’ve got challenges such as automation on the horizon. Increasingly, we need newly qualified optometrists to be the GPs for eyes,” he added.

Mr Whittington hopes to see engagement among practitioners rise even further as the Breakthrough Strategy enters its second year.

“We need unity in primary care, across independents and multiples. We need a willingness to embrace higher qualifications, over and above things like the Wales Optometry Postgraduate Education Centre for minor eye conditions. That will allow us to do more,” he emphasised.

“For services that are commissioned, we need practitioners to deliver these in a high quality way to make sure we can maintain the progress we’ve made,” Mr Whittington said, adding: “There might be 100 really good services; but if there’s one bad one, that will be the one that everyone will notice. That’s what we must avoid.”

"We all need to recognise that optometry as an industry is changing. We've got challenges such as automation on the horizon"


The eye in team

Within LOCSU, the major change during 2016 was the stepping down of managing director, Katrina Venerus, to her new part-time role of clinical director – and the consequent handover of the reins to Mr Whittington.

He explained: “What I bring to LOCSU’s senior team is a strong NHS commissioning and provider background. This dovetails well with Katrina’s clinical perspective. Obviously, her long-term experience with LOCSU is also invaluable.”

“We will continue to work very closely with each other as we have done already,” he highlighted.

Ms Venerus told OT that: “The clinical leadership of the organisation still sits with me, but the operational oversight and the commissioning strategy has transferred to Richard.”

“LOCSU is involved in a lot of national work with NHS England and others, including the Optical Confederation, and this remains a key part of what I do. I’ll still be a visible face of LOCSU,” she said.

Ms Venerus expressed her delight in being able to stay on with the organisation, while undertaking post-graduate study and getting involved with her local eye health network.

“LOCSU is on a definite journey and we have made some significant progress, but it’s only the start. There’s a lot of unfinished business and I’d like to see that through,” she emphasised.

He concluded: “I hope in time people will continue to see LOCSU as an outward-looking and supportive organisation. However, I also hope that people start to see its clear business focus as well as the outcomes of the work, both in terms of clinical development and the increased number and type of services being commissioned from primary care providers.”