“What I like is having that extra bit of reassurance” 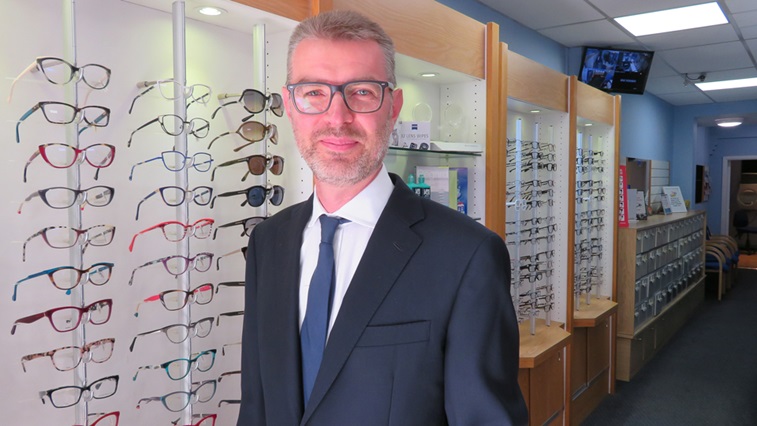 Optometrist David Barker helped to introduce a telehealth project that resulted in a 54% reduction of referrals to secondary care. The project, which was organised in partnership with Moorfields Eye Hospital, was recognised with the Telehealth Award at the 2019 Health Business Awards. Mr Barker shares his experience with OT.

I met Dawn [Sim, Moorfields head of telemedicine] around four years ago and she was talking about this platform that they were planning. It was still at an early stage at that point. We started using the technology in our two Croydon practices, and then expanded out to four of our practices in Hampshire. Hopefully two more will start using it in the near future.

What I like is having that extra bit of reassurance on those cases where you are not quite sure. Most optometrists were never trained in optical coherence tomography – that is only just starting to happen. If you see something you are uncertain of, you can get an expert opinion without necessarily having to refer the patient. The other big plus is that you get feedback, which we traditionally haven’t had.

The patient gets a report and we get a report. It is a partnership, with the optometrist able to add information to the report.

It is a partnership, with the optometrist able to add information to the report


What we have found with our practices is that some of the new optometrists have used it quite a lot. As they have become more experienced, they have only used it on the more unusual cases rather than the run-of-the-mill cases.