Bath residents say no to #drivingblind 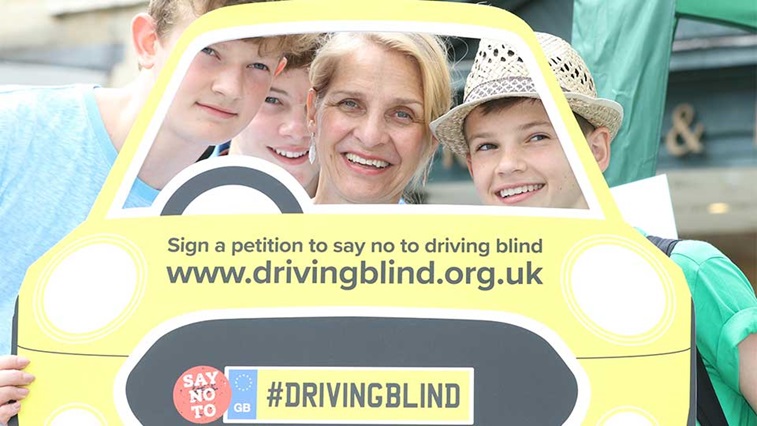 A new campaign calls for a legal change that would require drivers to be tested by an optical professional before their driving test and at licence renewal applications.

Bath-based optometrist Mike Killpartrick and campaign spokesman Nigel Corbett presented their manifesto to members of the public in Milsom Street, Bath before launching it to the rest of the UK.

Mr Corbett emphasised that the only test of a driver’s visual capacity at present is the ability to read a number plate at a distance of 20 metres.

He highlighted that the test does not measure other skills that are important for driving, such as peripheral vision.

“Road safety should start with good vision and current procedures lack any medical rigour to substantiate that most people are visually fit to drive,” Mr Corbett elaborated.

The campaigners intend on presenting the Road Safety Starts with Good Vision Manifesto to the House of Commons in autumn. The measures are backed by MP for Bath, Wera Hobhouse as well as Bath and Somerset Council leader, Tim Warren.

Mr Killpartrick has been running free eye examinations for Bath drivers at his Ellis and Killpartrick practice.

He highlighted that the driving vision test procedures have not changed in the UK since 1937.

“We know that one in four people have never had their eyes tested since passing their driving test, and vision changes are easy to miss until it’s too late,” he emphasised.

The campaign follows the death of three-year-old Poppy-Arabella Clarke after she was hit on a pedestrian crossing by a driver who had previously been advised to stop driving because of his failing eyesight.

Figures released to OT through a Freedom of Information Act request in 2017 revealed that the Driver and Vehicle Licensing Agency (DVLA) has revoked or refused 42,519 car and motorcycle licences since 2012 because of poor vision.