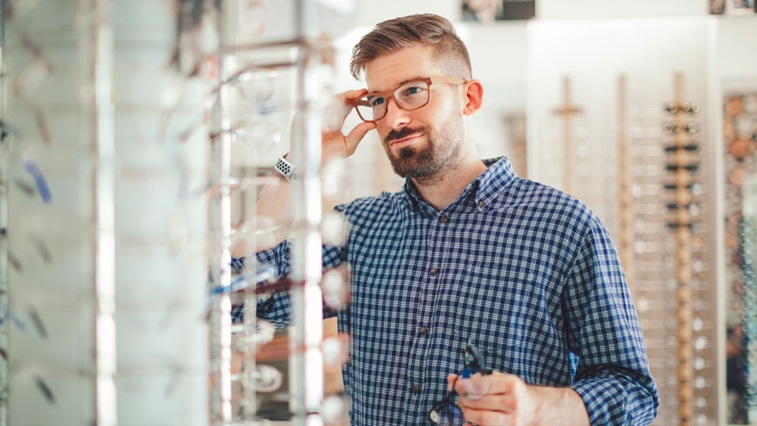 A programme that aired on Channel 4 earlier this week (28 August) explored the cost of prescription spectacles that are bought instore compared to those that are available online.

Wednesday night’s Supershoppers, which was presented by Sabrina Grant and Kate Quilton, aimed to answer questions and investigate complaints from viewers, while offering money-saving tips. The question posed by viewer and spectacle-wearer, Susan Smith from Burnley, was ‘Why do prescription glasses cost so much?’

Responding to the programme’s claims that consumers can purchase similar eyewear and lenses online for cheaper when compared on the High Street, the AOP labelled the advice “unhelpful to patients buying prescription eyewear.”

In a statement in response to the programme, the Association highlighted that the programme “does not make consumers aware that buying online can cause problems for them later,” detailing the importance of patients being fitted with glasses that suit their needs, that they are comfortable in and that are properly tailored to their prescription.

During the programme presenter Sabrina Grant and strategy consultant Dr Tony Grundy, spoke about manufacuring giant Luxottica and the establishment of EssilorLuxottica, as well as High Street multiples Vision Express, Boots and Specsavers.

Dr Grundy called the mark-up on glasses on the High Street “enormous.”

Ms Grant said: “This domination of the industry by a few large companies, seriously reduces consumer choice and price competition.”

During the programme, the presenter compared a trio of frames from the High Street to similar frames she had sourced online via Amazon, highlighting the online glazing options are available for lenses also. They highlighted how they sourced all three options online for at least 40% less than those purchased on the High Street.

Responding to the programme, the AOP highlighted the findings of its 2017 Voice of Optometry survey of more than 1000 UK optometrists in which almost 90% concluded that patients are more likely to experience problems if they buy their lenses somewhere other than where their sight test was conducted. Furthermore, over eight in 10 stated that they had seen patients with such problems in the last year.

Also in the survey, over half of the optometrist respondents reported seeing patients who had issues when they had bought glasses or contact lenses online. This included poor aftercare guidance or ill-fitting products.

A recent report by independent consumer advice organisation Which?, entitled Best places to buy glasses, supports these findings and in it identifies issues with purchasing glasses online.

The College of Optometrists has also released a statement to say that it is “disappointed at the inaccurate representation of the role of the optometrist” in the programme and confirmed that it would be making a complaint with Ofcom about the episode.

Optometrist and head of clinical and regulatory at the AOP, Henry Leonard, explained: “You’re less likely to have problems with your glasses if you buy them from the practice that did your sight test. This is because you can discuss your particular needs with optical professionals who know about your eyes, and are experts on which frames and lenses suit your prescription and lifestyle.”

“With more complex prescriptions, it’s especially important to ensure that accurate measurements are taken to properly centre the lenses for your eyes, as this helps ensure your vision is as clear as possible, and the glasses don’t cause eyestrain or headaches,” he added.