Taking a look through the smoke screen

The AOP PR and media manager, Serena Box, explains why smoking is a key eye health issue to campaign about – and what this latest drive aims to achieve 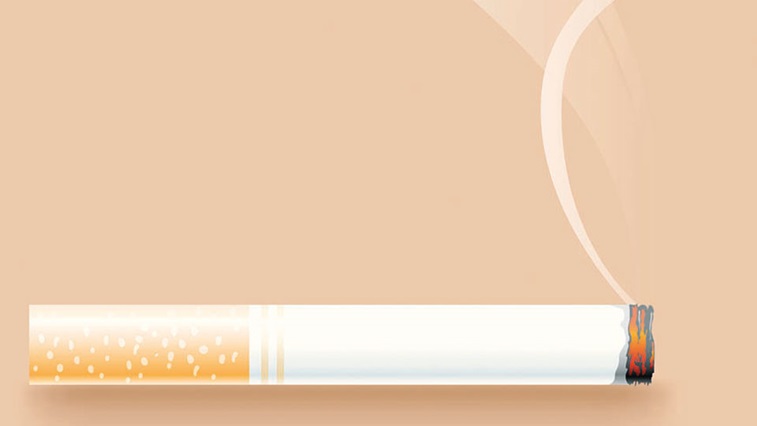 This year’s Voice of Optometry survey revealed a surprising fact – above all else, optometrists want people to stop smoking. Practitioners ranked this as the single most important thing that the public can do to protect their eye health; in fact, the members taking part in our survey said this was even more important than having regular sight tests.

Smoking is awful – we all know it to be true. It can cause cancer, block your arteries, ruin your teeth, stain your fingers – and, if none of those were a good enough reason to put you off, it makes you smell like an ashtray from a 1970s social club. I can only say this because I am an ex-smoker – there I said it – although fully rehabilitated back into polite society, I might add.

Yet, it’s estimated by the Office of National Statistics that 7.4 million people in the UK still smoke and I could bet even more fall into the category of ‘social’ smoker. You know the type: happy to have a cigarette in the pub, but can’t bring themselves to tick the smoker box in a government survey or, for that matter, on their life insurance policy.

Despite the barrage of scare tactics we’ve seen over the decades employed by health organisations, cancer charities and even the tobacco companies themselves, one health risk that remains obscure is the probability of irreversible sight loss as a result of smoking. Vivid in our mind is the lady on an oxygen tank, expressing bitter regret, from those infamous anti-smoking television commercials or, indeed, the image of a man with a tumour the size of an avocado on his throat stamped on the back of cigarette packets.

Unfortunately, individuals rarely think of their eyes when considering the ill effects of lighting up. But, as most, if not all, optometrists will know, smokers are four times more likely to develop age-related macular degeneration – the most common cause of sight loss in the UK. And, of course, that is not all – smoking doubles the risk of developing cataracts and as a smoker you are at least twice as likely to develop uveitis, which in turn can lead to secondary conditions such as glaucoma.

With that in mind, our lead PR campaign of 2019 is focusing on smoking and eye health. Launching today (2 July), the campaign will include a national and regional media drive alongside outdoor advertising in areas where smoking remains particularly high. Designing the right campaign approach for members was an interesting challenge for the AOP PR team. It would be easy to mimic the scare tactics of the many campaigns that have gone before us, but our aim is much more centred on creating a talking point. We hope the campaign strikes the right balance between grabbing attention and stirring a meaningful reaction in those smokers who just need one last push to stub out for good.

How to get involved

We know from our findings that this is an important issue for members – 97% of survey participants said smokers need more information on how the habit affects their vision and eye health. This is why we’re calling on AOP members to support the campaign by sharing our digital assets as well as talking to patients directly using our new smoking and eye health leaflet. Find us on Facebook or follow us on Twitter to share our posts, or visit our campaign page to download materials.

More on smoking and eye health