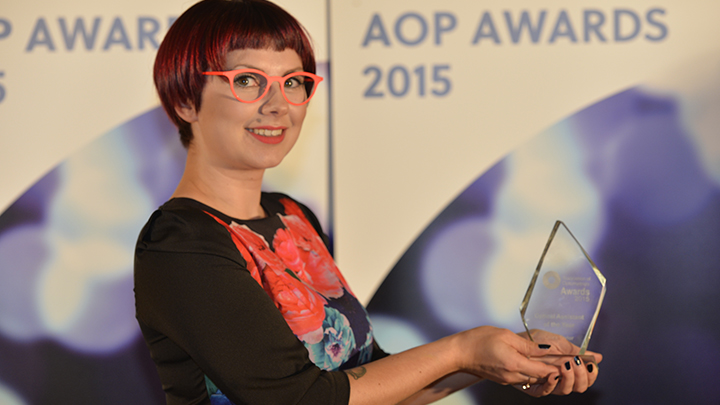 The AOP has announced the expansion of its annual awards ceremony, which will run alongside 100% Optical in 2017. The move comes following record attendance to the tradeshow, which saw more than 7000 delegates attend the event across its three days at London’s ExCeL Exhibition Centre earlier this year.

Launched in 2011, the AOP Awards celebrates the achievements of individuals and organisations in optics, and quickly became a popular highlight in the optical calendar. The alignment of the Awards ceremony to the London tradeshow is designed to allow the Association to showcase excellence in the profession on a larger scale, with benefits for members, guests and delegates, it said.

The AOP has worked in partnership with Media 10, organisers of 100% Optical, to deliver a comprehensive education programme alongside the show’s exhibition since it was established in 2014. This announcement follows the long-term commitment made by the AOP and Media 10 earlier this year to continue their 100% Optical partnership.

Chief executive of the AOP, Henrietta Alderman, commented: “Since its launch three years ago, 100% Optical has enabled us to deliver a world-class education programme, with exclusive access to seminars, workshops and one-to-one advice for AOP members. The alignment of the AOP Awards at 100% Optical further cements our on going partnership with Media 10.

“Our members can look forward to an even bigger show next year, which combines both educational excellence and a celebration of the leading lights in the profession.”

Event director for 100% Optical, Nathan Garnett, added: “We are delighted to add the prestigious AOP Awards to the already popular evening event schedule during 100% Optical. This is yet another reason for optical professionals from across the country to book their trip to ExCeL next February.

“Not only is 100% Optical the largest gathering of optical professionals in the year, it also now has the most important annual awards recognising excellence taking place alongside it.”

The AOP has confirmed that over the next few months it will be reviewing the AOP Awards and plans for expansion at 100% Optical, with further announcements to follow. The AOP will not host an awards this year.

The next AOP Awards will take place on Sunday, 5 February 2017.

For more information and to nominate, visit the AOP website.