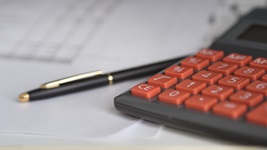 Nicholas Rumney, chairman of BBR Optometry, speaks to OT  about joining the Hakim Group, the changes that COVID-19 has brought, and practice business models 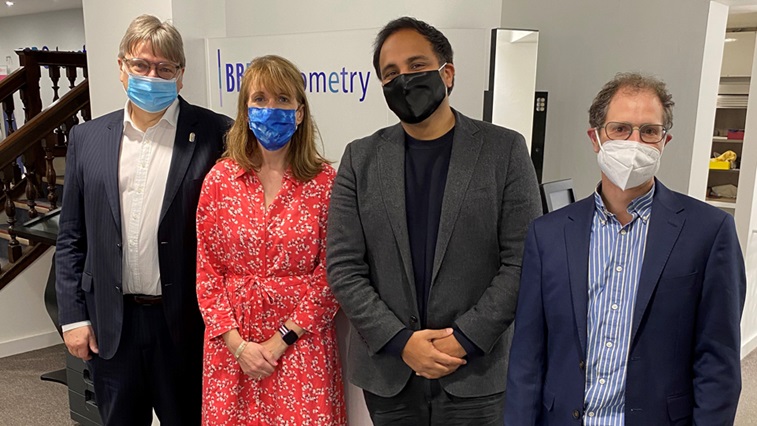 The independent optical practice, BBR Optometry, has joined the Hakim Group, suggesting the move was a “logical next step” for the business.

The Herefordshire-based practice, which celebrated its 50th anniversary in 2019, will maintain its individuality and local identity while joining the wider group.

In a statement, BBR Optometry explained that its aims to “emerge stronger” from the COVID crisis had led it to align with other businesses which shared its values in patient care, staff welfare and “economically viable clinical optometry.”

Discussing the decision to join the Hakim Group, senior optometrist and chairman at BBR Optometry, Professor Nicholas Rumney, said: “Imran’s team were consistently ahead of the curve and with a similar vision we grew together quite naturally, so joining the independent group was a logical next step.

“We now have the backing and infrastructure to take BBR Optometry to the next level,” he added.

With BBR Optometry’s approach to the clinical side of optometry, and experience of integrating independent prescribing into the business, the practice said it was also looking forward to sharing its experience with other practices in the group.

OT spoke with Nicholas Rumney to find out more about the decision to join the Hakim Group, the changes that COVID-19 has brought to the practice, and how the practice operates.

What has joining the Hakim Group brought to BBR Optometry and what will be next for you as part of the group?

Nicholas Rumney, chairman at BBR Optometry (NR): I think the Hakim Group model works well to support the protection of ownership within the independent sector. I think that's an important element and it’s mutually beneficial for both parties.

I also think there are some things that we do that can spin off into the rest of the group, and ideas we can pass on. For example, we've moved our business to the position where the clinical side of things is actually an economic entity in its own right. Though we're truly about eye care and dispensing, that isn't the sole driver of the business. I think that's an important element and the reality of optometry in the UK is that product sales remain a very big driver, but we think we’ve found a middle way.

The final aspect is to do with staff welfare and security. As we came into the pandemic, we said that there were two things we wanted to do; to come out at the other end with a viable business and everybody in employment. When you look at what's happened in the retail marketplace, such as with Debenhams and Arcadia recently, it's a very fragile economy out there. For us to have delivered what we have has been an enormous effort, both on the staff side and from the owners and managers of the business.

I felt we needed to work with a group that reflected that same passion about staff and their welfare so that their future is protected. There is no way we can predict whether we will end up in a bigger recession next year, with higher levels of general unemployment.

We decided we wanted that support now, just like the support that we appreciated earlier in the year through Stronger Together, which was provided by the Hakim Group. The key thing was that the Hakim Group was ahead of the curve, just like we were, and we crashed into each other on the first corner. That synergy worked really well, and it gave us the confidence to talk to our staff and say: ‘We will be here at the other end and we will look after you.’

What has changed for the practice since the start of the pandemic?

NR: There is a much more controlled environment, but we are wonderfully happy to see that people are engaging with us. Our patients come to us for the overall package of expertise and I think there's a degree of loyalty because we stayed open all the way through the pandemic and we were able to see all of our own patients, as well as others that came from elsewhere.

The biggest change is that we're running with about two thirds of the level of footfall through the door, as well as a closed-door policy and appointment-only visits. As we have four consulting rooms, we’re able to run double clinics; when you use one room, you see the next patient in the next room, and the first room is cleaned down, and then you go back to the first room and so on. We’ve also been running them from 7:30 in the morning until 7 at night, which has been interesting because it's made Saturday a less important day because people can get an appointment in the early evening every day.

We're very rarely given an opportunity to stop the hamster wheel, to stick a spoke in it and restart under our terms

Finally, because of the different levels of engagement, the profitability is better and we're actually a better business. Personally, I've been able to take time out of the business to look at the economics and put a finance director’s hat on. We've stripped out a certain amount of unnecessary costs and we've also found things like duplicated invoices and accounts we weren't using; the whole thing is just more streamlined. We’ve become a better business overall. We're very rarely given an opportunity to stop the hamster wheel, to stick a spoke in it and restart under our terms. That's what we've done and we’re making all of the above permanent for the foreseeable future.

How has BBR Optometry integrated independent prescribing into the business?

NR: When the pandemic occurred, we were so well geared up with integrating IP into the business that the hospital felt quite comfortable in giving us prescribing pads, so we could write prescriptions for NHS patients.

At the moment, we have four prescribing optometrists and if somebody joins us, we will put them forward for it because we need them to be IP qualified. Because of this, we're now seen by our local hospital as a resource in the community. Every morning, there's a phone call from casualty to say: ‘How many slots have you got if we need to send someone across to you?’

Somebody who has been seen in casualty one week can come to us the following week, instead of having to go back and wait for hours to be seen for a follow up. We have also got movement between optometry practices. They can pick up the phone and refer to us, knowing full well that we will return that patient to them and we'll look after their primary care and prescribe what they need.

What do you feel ‘economically viable clinical optometry’ looks like?

NR: To us, it’s that you have your different market segments of how you earn your income, and every single one of them is profitable. You don't have a significant subsidy from spectacle sales into sight tests. We moved towards a large number of people being on a monthly payment plan, now over 30% of our patient base, we're generating a sizeable amount in direct debit fees. This covers the examination costs of those patients, their IP, or whatever they might need. The argument has always been that you keep the prices of the products high to cover the cost of what you're doing in the consulting room, but we’ve flipped it.

How important is GOS to the business?

NR: GOS is important because it's the governance hook on which we can angle enhanced service schemes. If we didn't have GOS for doing the usual tasks, we wouldn't be able to hold enhanced contracts. If there were no enhanced contracts, we would probably feel confident enough to leave the GOS.
At the moment, we have to work around it, because the majority of our GOS patients choose to have an enhanced level of examination, with Optos, OCT, or dilation, for example. By having GOS there, we can keep the enhanced service schemes, from pre-cataract, post-cataract, low vision, paediatric, stable macular degeneration, stable glaucoma, glaucoma enhanced referral and CUES. Those now generate a higher level of income than GOS does, so we need those to balance that out.

Do you think spectacle sales will always subsidise the eye exam?

NR: It's always going to be the cream on the cake. But could you imagine having a practice where you had no spectacles? I don't think you could, because the whole package of eye care is about the thing that somebody ends up looking through to see the world.

We've never seen an instance where people have tried to save money on their glasses by spending more on their examination, we find that people can mentally dissociate from that. They don't mind covering the cost of their examination and then they can choose the glasses they want to wear. Our dispensing is technically very sophisticated, and if we couldn't do that, and we had to give the prescription away to somebody else to make up, we wouldn't feel confident about it. Spectacle sales will probably not always be a subsidy, but each would stand mutually profitable.

Do you think your business model would work anywhere else?

NR: We think it works really well in a market town area where it's very easy to differentiate; we're the only independent in our town. We've got each of the multiples here, so it's quite clear that we're going to do things differently. I think the competition is tougher in cities. For us, it's great. I carry the mobile phone numbers of all the consultants in my pocket. Whereas, if you're commuting 40 miles into the centre of London for example, you can't have that degree of personal interaction. The recommendations that come from the medical sector to come and see us are very high.